On Tuesday, House Speaker John Boehner mentioned a new report released by Ernst & Young, citing that allowing the Bush tax cuts to lapse would result in the loss of 700,000 jobs.

I have seen this pop up in my Facebook newsfeed as well. One individual even linked to the report through The Heritage Foundation, which would be the equivalent of showing your friend that the Gulf oil spill is actually not as bad as everyone says and then linking to the BP site. 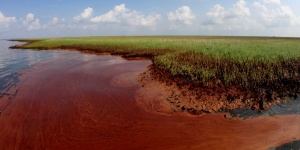 There are two major points that I have noticed are mysteriously missing from the conservative news sources:

1. The job loss number Boehner quotes would result from the revenue generated by the Bush tax cut lapse being used “to finance higher government spending” according to the report.

We already know the current administration does not plan to do that, which Representative Sander Levin reminded the GOP this week, saying: “The president has made clear this revenue should be used for deficit reduction.”

2. The study was funded by the U.S. Chamber of Commerce, the National Federation of Independent Business, S Corporation Association and the Independent Community Bankers of America:  all groups that lean conservatively. 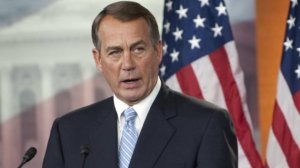 Will this really hurt small business owners?  Let’s take a look at the average numbers of annual income provided by the Houston Chronicle:

Did anybody else notice the gender gap?  Neither did I.  At least the GOP was right about that not existing.

Boehner is spreading misinformation, using numbers from a report that are far from accurate.  The report’s numbers are sourced from the president’s proposal, not legislation, and this has yet to see input from the Senate Democrats, who have already voiced support for a lower dividends rate than the president. 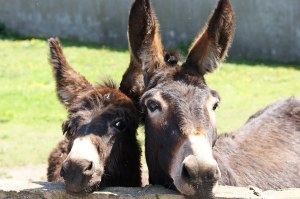 As pointed out by Jason Furman, Principal Deputy Director of the National Economic Council, the report conveniently omits Obama’s proposed new tax cut for business hiring and investment.  Furman writes: The president’s plan would cut taxes by $80 billion dollars in 2012 and 2013 through a 10% tax credit for business hiring and wage increases and allowing immediate write-offs of new investment through the end of 2012.”

Furman also mentions that other agencies reach a far different conclusion than the Ernst report, including the Joint Committee on Taxation and the Congressional Budget Office, both of which agree that the lapse of the tax cuts combined with the newly generated revenue towards the deficit would improve the economy by creating lower interest rates, leading to higher investment.

Former Reagan advisor Bruce Bartlett is in favor of a lapse and wrote just last year that the tax cuts have not contributed to economic growth:

“It would have been one thing if the Bush tax cuts had at least bought the country a higher rate of economic growth, even temporarily. They did not. Real G.D.P. growth peaked at just 3.6 percent in 2004 before fading rapidly. Even before the crisis hit, real G.D.P. was growing less than 2 percent a year.

Real G.D.P. growth was 4.1 percent in 1994 despite widespread predictions by opponents of the 1993 tax increase that it would bring on another recession. Real growth averaged 4 percent for the balance of the 1990s. By contrast, real G.D.P. growth in the non-recession years of the 2000s averaged just 2.7 percent a year — barely above the postwar average.”

As mentioned in The Taxes Chainsaw Massacre, Bartlett attributes $3.2 trillion dollars of the debt to the Bush tax cuts.

The Bush tax cuts have also driven income inequality through the roof.  In January, the non-partisan Congressional Research Service showed between the years of 1996 and 2006 the top 1% of taxpayers saw their after tax income rise to 74% while the middle only saw a 10% increase, which is better than the bottom 20% of earners who saw their income take a 6% drop.

How has the GOP maintained any support on taxes from the middle and lower income earners?

A lack of understanding/knowledge by GOP supporters on the tax issue goes a long way, as evidenced by the Tea Party, who claim to be overtaxed during a period experiencing the lowest rates of federal taxation in 60 years.

The GOP is also masterful at creating a simple sound byte and omitting or distorting the details.  Do you remember Herman Cain’s 9-9-9 Plan?  That was an atrociously horrendous plan, but people gravitated toward it because it sounded like they were getting a deal on pizza.

The GOP has made it just as simple in regards to the Bush tax policy debate, “it will raise middle class taxes” and “hurt small business.”  You read this far; if you didn’t know before you read this post, now you realize that is simply bullshit.

The Democrats’ flaw is that they have a hard time translating information into simple terms for a portion of the American public.  They need to start using numbers like from the CRS and showcase the income inequality between the classes due to our current tax policy. It’s simple, memorable and true; plus, I haven’t seen it mentioned in a single speech or television ad.

We have two clear choices we can make as a nation. We can support a policy that has been in effect for over ten years that has clearly failed the economy and benefited the wealthiest incomes. Or we can take a new approach that many non-partisan groups and economists view as favorable, begin paying off our debt and jumpstart our economy.

This November, make your choice heard. 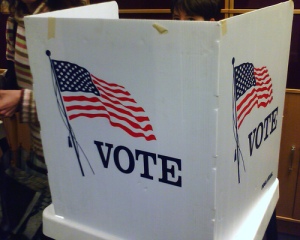