Another Supreme Court ruling regarding the Affordable Care Act is expected before the end of the month. This time, the King v. Burwell case will decide if federal subsidies can continue to be offered to lower income Americans through the federally operated marketplace (healthcare.gov).

The four plaintiffs in the King case have zeroed in with velociraptor-like precision on the following wording within the healthcare law itself: “an Exchange established by the state.”

The lead plaintiff, David King, lives in Virginia. The Old Dominion did not launch its own healthcare exchange and instead uses the government marketplace. King argues that without the subsidies from the federal marketplace, he would not be able to afford his insurance that he is mandated to have under the ACA, claiming financial hardship. Yes, these are the same subsidies King is seeking to have eliminated. It’s all kinds of stupid up in here.

The federal government defines an “Exchange” as:

“…a governmental agency or non-profit entity that meets the applicable standards of this part and makes QHPs (Qualified Health Providers) available to qualified individuals and/or qualified employers.”

The definition ends on this sentence:

“…whether the Exchange is established and operated by a State (including a regional Exchange or subsidiary Exchange) or by HHS.”

“It has been well documented that those who passed this legislation never intended for folks who were going through the federal exchange not to have their citizens get subsidies,” President Obama told reporters after the G7 Summit. “And so this should be an easy case. Frankly, it probably shouldn’t even have been taken up.” 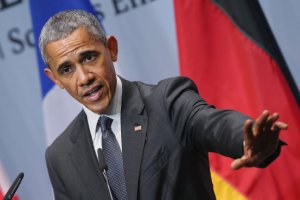 David King and his fellow plaintiffs were brought together by the Competitive Enterprise Institute, a libertarian think tank.

In 2010, then CEI chairman Michael Greve spoke of the President’s landmark healthcare law as if he caught it having lunch with his girlfriend in the mall food court:

“This bastard has to be killed as a matter of political hygiene. I do not care how this is done, whether it’s dismembered, whether we drive a stake through its heart, whether we tar and feather it and drive it out of town, whether we strangle it. I don’t care who does it, whether it’s some court some place, or the United States Congress. Any which way, any dollar spent on that goal is worth spending.”

However, CEI may have used the same vetting team John McCain used when choosing a 2008 running mate.

David King and fellow plaintiff Douglas Hurst are both Vietnam veterans, which means they are both eligible for medical services through the Veterans Health Administration!

Plaintiff Brenda Levy turns 65 this month, which makes her eligible for Medicare.

The fourth and final plaintiff, Rose Luck, may have a low enough income she would qualify for an exemption from the healthcare law’s insurance mandate penalty. Stephanie Mencimer, of the left-leaning Mother Jones site, recently found Luck living in a “$200-a-week extended -stay motel.”

Mencimer also published screenshots from Luck’s Facebook page. The posts include calling President Obama the “ANTI-CHRIST” and explaining his 2012 election win because “he got his Muslim people to vote for him.” Sounds like CEI found themselves a real winner.

A quick internet search will tell you that all of the plaintiffs have strong anti-Obama views.

Ultimately, this motley crew was assembled by a conservative, libertarian institution to destroy the ACA mandate through the elimination of the law’s subsidies. Without the mandate, the law ultimately can not sustain itself.

Currently, 34 states use the federal exchange. According to the Kaiser Family Foundation, 7.5 million people will lose their subsidies if the Supreme Court rules in favor of King. The non-partisan Rand Corporation found that “unsubsidized premiums in the ACA-compliant individual market would increase 47 percent.”

A Washington Post/ABC News poll published on June 8th, revealed that 55% of Americans do not want the Supreme Court to block federal subsidies. 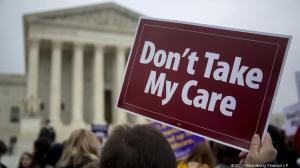 If the court rules against the government, there is no alternative plan in place for the millions who will lose their insurance.

When the topic of modern GOP policymaking came up during a recent LA Times interview with former Reagan advisor Bruce Bartlett, he responded with the issue of Obamacare:

“Congress is up to, what, 60 votes to repeal this thing? Now it looks like the dog may have caught the bus; if the Supreme Court give the Republicans what they want, this could be a complete disaster for them.”

I wouldn’t expect anything less from today’s Republican Party.