Super Tuesday has come and gone, witnessing GOP frontrunner Romney pick up 212 of the 419 delegates available, Santorum gaining 84, Gingrich with 72 and Ron Paul looking under the table for the 22 scraps he received.

As we get closer to the end for the candidates, lets reflect back on the homies that are no longer with us. 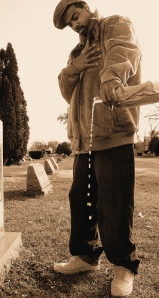 Herman Cain, the male equivalent of Sarah Palin, will be remembered for many things. Among them are seemingly having no knowledge that China has been a nuclear power since the 1960s, and this thought provoking exchange on Libya:

Cain also presented the concept of an electrified border fence in regards to immigration.  After much backlash, he claimed it was a joke, but if you watch the news footage from the event where he announced it, Mr. Cain is either serious or has a horrible delivery for comedy.  More disturbing however, are the cheers coming from the audience when he says the fence will be “electrified.”

Obama later mocked the absurdity of the GOP and comments like Cain’s by saying “Maybe they’ll need a moat. Maybe they want alligators in the moat!”  Cain added this to his future stand-up routine.

One of my favorite moments came from Cain’s appearance on John Stossel’s program on Fox News:

Cain contradicts his stance on abortion four times in nearly fifty seconds.  My favorite moments come after Cain says, “I believe in the sanctity of life.”  Cain seems puzzled and frustrated that Stossel can’t keep up with his convoluted, flip flopping ways.  Could you imagine this man meeting with foreign leaders?  I wouldn’t trust Cain to order for me at the McDonald’s drive thru window.

Then we have Michele Bachmann, the candidate who insinuated to the site Pajamas Media that the swine flu only breaks out under Democratic administrations. She has been quoted as  saying “I find it interesting that it was back in the 1970s that the swine flu broke out then under another Democrat president, Jimmy Carter.  And I’m not blaming this on President Obama, I just think it’s an interesting coincidence.”

Bachmann was wrong with the facts (at least she is consistent in that realm).  It was actually under Republican president Gerald Ford when the 1970s swine flu outbreak occurred.  Ford mandated that everyone in the country be vaccinated against the swine flu virus, which leads us directly into the next statement.

Bachmann claimed numerous times that the HPV vaccine caused mental retardation.  She said to the media, “There’s a woman who came up crying to me tonight after the debate.  She said her daughter was given that vaccine,” she continued “She told me her daughter suffered mental retardation as a result.”  Bachmann re-told this story on The Today Show, solidifying her status as the GOP candidate who reminds you of the kid you grew up with that swore their cousin had a real working hoverboard: both completely full of shit.

The American Academy of Pediatrics quickly responded with a press release that rejected everything Bachmann had said as fact with actual real facts.

In my home state of Iowa, Bachmann referred to slavery as a “stain on our history” adding: “But we also know that the very founders that wrote those documents worked tirelessly until slavery was no more in the United States.  Men like John Quincy Adams would not rest until slavery was extinguished in the country.”

First, Bachmann is either ignoring or unaware of the fact that members of the founding fathers were not only slave owners, but they also made various compromises and deals that continued slavery for years after the American Revolution.  Add to that, the fact John Quincy Adams is not a “founding father”.

Then we have this chucklehead:

Perry has a great record at making outlandish remarks, such as naming the leaders of Turkey, a U.S. ally, as “Islamic terrorists” or advertising his lack of knowledge in issues as simple as the legal age to vote or what a decade is.

The GOP will have a tough time in 2016 finding another clown car like the one they emptied looking for candidates in this election year.

We laugh at them, but these people were running for the office of the President of the United States of America.  The only fact scarier is that there were people who thought they should be.