Last year’s raising of the debt ceiling was an unnecessary national media circus that showcased the thick-headed selfishness of the GOP and the lack of strong will among the Democratic Party.

A wave of Tea Party catering Republicans complicated the debt ceiling talks, refusing to accept any form of tax increase. Watching the GOP open themselves up to the manipulation of the Tea Party had me questioning whether I was watching CSPAN or Star Trek II.

The Tea Party: the Ceti eels of the political realm.

The Democrats left behind their initially desired tax increases for the wealthiest incomes and corporations and foolishly caved in to the GOP demands. They reached a deal on July 31, 2011, just days before the country would have defaulted on its debts on August 2.

The announcement was quickly followed by the nation’s historical credit downgrade by Standard & Poor. The official S&P report cited the Republican Party, reading:

“Compared with previous projections, our revised base case scenario now assumes that the 2001 and 2003 tax cuts, due to expire by the end of 2012, remain in place. We have changed our assumption on this because the majority of Republicans in Congress continue to resist any measure that would raise revenues, a position we believe Congress reinforced by passing the act.”

The 2001 and 2003 tax cuts mentioned above are the Bush tax cuts. Just last week, Republican Speaker of the House John Boehner defended their extension yet again. Boehner also stood his 2011 ground, opposing any new tax increases and preferring to strictly use spending cuts to achieve an acceptable raise to the ceiling. 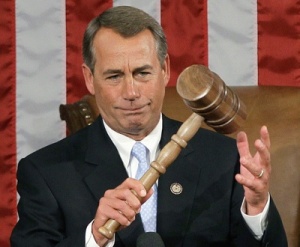 Speaking of spending cuts, the Republican-controlled House seems to have a hard time sticking to them. The House recently passed a defense budget that added $8 billion dollars more than allowed in the Budget Control Act to which Congress agreed to for last summer’s raising of the debt ceiling.

The approval numbers for the Republican members of Congress have been going down hill since the debt ceiling debate. A March 2012 Washington Post/ABC News poll shows registered voters with a 72% unfavorable view on congressional GOP members.

The modern-day Republican Party seems hell bent on getting into bed with the Tea Party again, still expecting a love making session from The Notebook, which will more likely turn into a Mr. Scott pounding from Storytelling.

What really blows my mind is that the modern-day GOP caters to a group of Americans that have little to no understanding of the debt ceiling or its history.

The debt ceiling simply covers money already spent by Congress and the President. It has been raised by nearly every single president since a statutory limit on federal spending was first introduced in 1917. Bill Clinton raised the ceiling 4 times, and Republican treasure Ronald Reagan holds the most raises at 18.

While the Tea Party is busy manipulating the GOP, they are seemingly unaware of their own puppet strings being pulled by big oil’s Koch brothers.

Charles and David Koch of Koch industries, Inc., have their finger prints all over the biggest Tea Party organizations, including founding the Americans for Prosperity foundation (which spent $1.3 million dollars on ads against the President’s stance during last summer’s debt ceiling debacle) and contributing millions of dollars to FreedomWorks.

The Koch brothers are against taxes, big government, regulations and President Obama. Does this sound familiar?

In 1963, Fred Koch (father of the brothers and founder of Koch Industries, Inc.) warned of a communist takeover in America, that Communists would “infiltrate the highest offices of government in the U.S. until the president is a communist, unknown to the rest of us.”  The Tea Party seemed a little too excited to swallow that crazy pill. 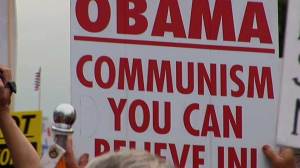 Here we are again. Nearly a year later and I find myself reading nearly identical headlines to 2011 in regards to the upcoming debt ceiling talks.

One party is determined to repeat the past. I’m hoping the other one has learned from it. 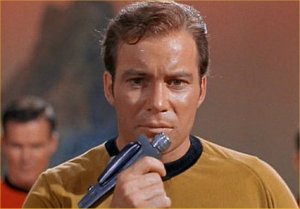