This past weekend, Country music star Hank Williams Jr. performed at the Iowa State Fair. You may recall last year that Williams’ theme song was dropped by ESPN’s Monday Night Football for making outrageous comments against President Obama on Fox News (where else?).

Regardless of Williams’ past, it did not prevent him from saying something incredibly stupid last Friday night.

“We’ve got a Muslim president who hates farming, hates the military, hates the U.S. and we hate him!” Williams told his audience.

It is amazing to me that a faction of the country is still unaware, or (more likely) chooses to ignore the president’s religious affiliation with Christianity. A Gallup poll released earlier this year showed that 44% of Americans could not identify the president’s religion, while 11% believe Obama to be a Muslim.

Even though the president has referenced his Christian faith multiple times over the years, I think I have discovered a method that even Hank Williams, Jr. could process to prove Obama is not a Muslim.

The consumption of alcohol by Muslims is prohibited by Allah in the Qu’ran. Now, if only I could find an image of the President drinking a beer or any type of alcoholic beverage.

Of course, the Tea Party and the extreme right continue to create negative connotations to the Muslim faith.

They may be on to something, the Islamic religion’s depiction against women is disturbing:

Wait, wrong book. The above are all from the Bible. 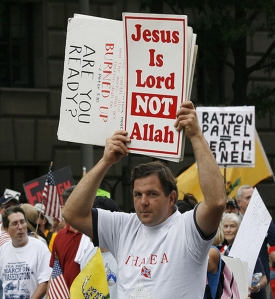 Williams is not the only musician to come out against the president, Ted Nugent has already had his share of soapbox speeches (including one resulting in a visit by the secret service). In his most recent rant, the Motor City Madman told the New Times Broward-Palm Beach “But on important issues, I am saddened to admit that Obama represents everything bad about humanity and Romney, pretty much all that is good. It is really that stark.” Of course, Nugent does not go into detail explaining exactly what about Obama “represents everything bad about humanity.”

Nugent responded to the backlash he has received on CNN radio saying “I’m a black Jew at a Nazi Klan rally.” Yes, because no group faces more uphill struggles in this nation than that of the straight white male.

Possibly the most disappointing views for me come from Megadeth founder Dave Mustaine. Mustaine brought politics front and center to the metal genre with such albums as Peace Sells… but Who’s Buying?, Rust in Peace and one of my personal favorites, Countdown to Extinction.

Mustaine was an instrumental component to MTV’s Rock the Vote when the campaign first launched in 1991, and even covered the 1992 Democratic National Convention for the music network.

The Megadeth frontman recently made national headlines during a concert in Singapore last week saying: “Back in my country, my president is trying to pass a gun ban. So he’s staging all of these murders, like the Fast and Furious thing down at the border and Aurora, Colorado, all the people that were killed there. And now the beautiful people at the Sikh temple.”

Mustaine went on to say America was becoming a “Nazi America,” which tells me Dave Mustaine has no idea what the Nazi Party was (these guys love invoking Nazis for some reason).

Then again, this is also the same guy who, after endorsing Rick Santorum, said “He could be a really cool president, kinda like a JFK type of guy.” Mustaine may not know who JFK was, but Santorum sure as hell did.

It never ceases to amaze me how completely batshit crazy Rick Santorum is.

The Megadeth track “Dawn Patrol” told of our world after it had been ravaged by global warming, which makes Mustaine’s choice of backing Santorum that much more insane, considering Santorum viewed global warming as a “Hoax.”

After the backlash (a word I feel I am typing often with this piece) on his choice of endorsement, Mustaine back peddled, saying he did not endorse Santorum because he did not use the word ‘endorse’ when speaking about him.

Just to refresh Mustaine’s memory: “You know, I think Santorum has some presidential qualities, and I’m hoping that if it does come down to it, we’ll see a Republican in the White House… and that it’s Rick Santorum.”

Mustaine covers all the average Tea Party supporter ground. He has outed himself as a birther and when asked if he supports same-sex marriage said, “Well, since I’m not gay, the answer to that would be no.”

I have a penis, but I still support women’s rights. Mustaine did go on to clarify that it is because he is now a Christian (Mustaine was “saved” in 2002), it is okay to treat a faction of tax-paying Americans like second class citizens.

The worst thing a life of hard drugs can do is lead to religion.

I am completely intrigued that the insanity injected into the GOP by the Tea Party has spread so quickly through the ranks of their supporters.

The supporters themselves seemingly do not know the difference between the Reagan era and the Tea Party-infused version of the modern-day. Just look at the Facebook page for the group Being Conservative. 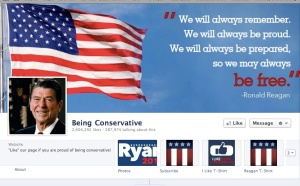 During the Scott Walker recall in Wisconsin, Reagan, a strong defender of unions, would likely have been batted around the threads like a rag doll on this page if he were running for office today.

Many continue to proudly cite Lincoln as a GOP member during discussion, unaware that Lincoln began the first federal income tax on the wealthy when our country was in need, something the GOP of today has refused to do.

Another name on which supporters of the Republican Party attempt to cling is Republican Martin Luther King Jr. The same Dr. King that received Planned Parenthood’s highest honor in 1966, the Margaret Sanger award. 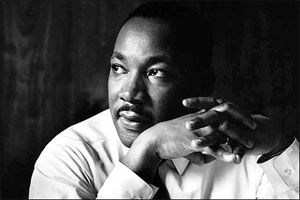 It’s a different day, and everyone from Ted Nugent to the guy in the cubicle next to you that always checks Fox News have no idea.