With the conventions behind us now, it’s safe to say the GOP misfired in terms of reintroducing Mitt and cementing their stances as credible (I’m looking at you, Paul Ryan), while the Democrats unleashed their inner Rowdy Roddy Piper.

Romney must have predicted the four-point bump since I’ve noticed he is beginning to throw in everything but the kitchen sink during his campaign stops.

The Republican candidate has been attaching the President to the potential mandatory military spending cuts this January from the Budget Control Act passed by Congress last year. What Romney forgets to mention is that his vice presidential running mate, Paul Ryan supported and voted for the Act.

During an appearance on “Face the Nation” this past weekend, Ryan was grilled like a fish by Norah O’Donnell on the subject.

Ryan comes off as if he is the third clone from the Michael Keaton film, Multiplicity. 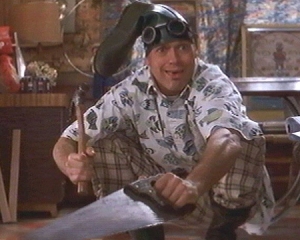 On August 1, 2011, Paul Ryan did indeed vote for the Budget Control Act (which included the cuts mentioned by Ms. O’Donnell).

If it doesn’t work out with Ryan, it looks like Mitt Romney made a new friend this past weekend in televangelist Pat Robertson, who joined Romney out on the campaign trail. 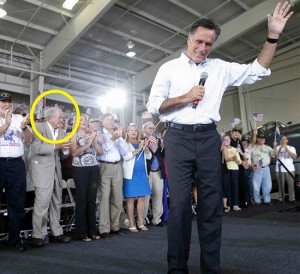 A brief recap of some of Mr. Robertson’s finest moments:

Ignoring the bestowed portion, Romney is referencing the temporary omission of the word “God” from the Democrat’s platform last week, which was quickly restored at the request of President Obama (information that Romney leaves out).

The current administration at no point has announced intentions to remove “God off our coins.” Obama campaign spokeswoman Jen Psaki responded, “The President believes as much that God should be taken off a coin as he does that aliens will attack Florida.” 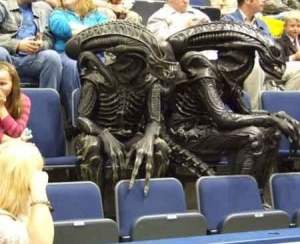 It may be worth Romney continuing the insanity just for the responses from the Obama team.

If this is how Mittens behaves after the conventions, I can’t wait to see him after the debates.