The big news today was the announcement that the jobless rate has fallen below 8% for the first time in 8 years. 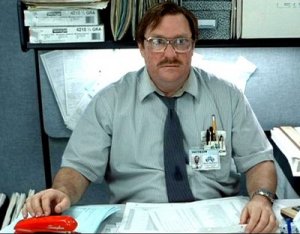 The latest jobs report has U.S. unemployment at 7.8%, the lowest rate since January 2009.

Republican presidential candidate Mitt Romney, responded to the report in a statement, saying: “This is not what a real recovery looks like.”  I would LOVE to know what Romney’s idea of “recovery” is.

Since this number comes from a mathematical report based in fact and presents the positive effects of the President’s policies (despite Congressional obstruction), many conservatives are already hard at work on conspiracy theories.

My favorite response is from Republican Florida Representative Allen West who posted on Facebook: “I agree with former GE CEO Jack Welch, Chicago style politics is at work here.  Somehow by manipulation of data we are all of a sudden below 8 percent unemployment, a month from the Presidential election.  This is Orwellian to say the least and representative of Saul Alinsky tactics from the book “Rules for Radicals” – a must read for all who want to know how the left strategize.”

Rep. West’s ties to the Tea Party are well known.  In 2010, West was endorsed by Tea Party darling, Sarah Palin and is also a member of the congressional Tea Party Caucus.  Which makes the next part interesting.

West seems to be completely unaware that Adam Brandon, the spokesman for the largest Tea Party organization, FreedomWorks, has said his group gives Alinsky’s book (the same one West mentioned in his Facebook post) to members of their top leadership.

In addition, Brandon has explained a guide titled “Rules for Patriots” is also distributed to the entire FreedomWorks network.

It’s not just “how the left strategize” Mr. West; it’s how the group that supported your campaign to the House does as well.

The simple fact is we should and could have been to this point sooner.  In 2011, every single Republican voted against the American Jobs Act.  That would be the same Act that Moody’s Analystics Chief Economist Mark Zandi concluded would add 1.9 million jobs and cut the unemployment rate by 1%. 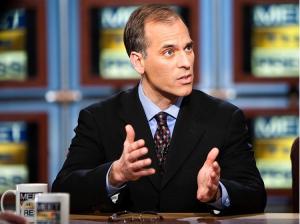 To add a little perspective, the unemployment rate for January 2012 was 8.6%.

According to the GOP and their supporters, there is no “win” for the current administration.  They continue to block President Obama’s legislation for job creation (as recently as three weeks ago) and even when the economy does have an upturn, it’s questionable at best.

We should be coming together as a nation and encouraging this growth, analyzing it to strengthen it, not making unsubstantiated claims of “manipulation” or downplaying its importance simply because you do not like the man sitting in the White House.

That sounds pretty damn far from “patriotic” to me.

2 thoughts on “Once Upon a Time in the West”