Before originally moving to the West coast, I worked for years as a Vocational Instructor to people with disabilities.  To this day it has been one of the most rewarding professional experiences I have ever had.  One of my first jobs upon arriving in California was as a Community Advocate for people with disabilities.  So, you can imagine my reaction at the news that the Senate Republicans blocked the ratification of a U.N. treaty regarding the rights of the disabled.

The final vote on the Convention on the Rights of Persons with Disabilities was 61-38, falling short of the two-thirds vote required to send the treaty to the President for ratification.  All 38 votes against were made by Republicans.

What chucklehead would support such a decision?  This guy: 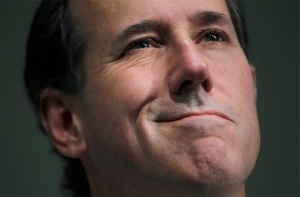 On the night of the Senate’s decision former GOP presidential candidate Rick Santorum, gloated publicly when he Tweeted: “We did it.”  Seriously, are the Republicans ever not on Twitter?

There is nothing like celebrating blocking equality for the disabled on a global scale.  Congratulations, asshole.

In The Daily Beast, Santorum explains his insanity as:

“I also oppose CRPD because our nation has been the worldwide leader when it comes to protecting the disabled.  We should be telling the U.N., not the other way around, how to ensure dignity and respect for the disabled.”

Of course, Santorum is just as uniformed on this subject as he is… well, everything.

What the former Pennsylvania Senator and all-around nut job is likely unaware of, is that the CRPD is essentially our own Americans with Disabilities Act from 1990.

What is even more insulting is the Senate Republicans shot down the treaty in front of one of the its biggest advocates, who also happened to be one of their own: former Republican Presidential candidate Bob Dole.

The former Kansas Senator arrived to the vote wheelchair bound and greeted every Senator on the floor. 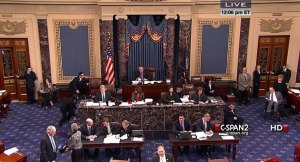 The GOP’s arguments and crazy wailings against the CRPD ranged from Santorum’s ‘but it’s not our treaty’ pouting to the completely mythological stance that the treaty would threaten the decision-making rights of parents of disabled children.

Not a single Republican voice of opposition is based in reality.  The fact is, the CRPD would have declared people with disabilities have the same rights to dignity, safety and equality by law around the world using our nation’s own Americans with Disabilities Act as the model to follow.

Just a reminder that 45% of the 1.6 million Iraq and Afghanistan war veterans are seeking disability benefits. 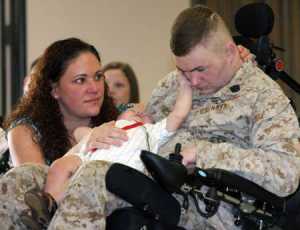 125 other countries ratified this treaty.  It is inexcusable and embarrassing that America can’t count itself among them.

I can think of few things more despicable than taking the right of equality for the disabled and making it a political issue. Make no mistake that is just what these 38 Senators did.

It was a damn sad day for the Senate and the United States.