We have all witnessed someone posting memes on social media claiming President Obama is a Muslim, isn’t a United States citizen or whatever the latest conspiracy theory is that week against his administration. Have you ever wondered what it would be like if that same individual were a United States lawmaker? Meet Republican Representative Louie Gohmert. 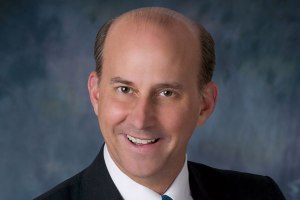 You may recall last year that Gohmert was one of five House Republicans who claimed the Muslim Brotherhood has infiltrated our government since Obama took office.

Last Friday, the Representative from Texas told the World Net Daily that the White House’s investigation and handling of the Boston Marathon bombings has been Jedi mind-tricked by the current administration’s Muslim Brotherhood advisors. “This administration has so many Muslim Brotherhood members that have influence that they just are making wrong decisions for America.”

Of course, there is zero evidence to either of these claims. However, lack of evidence has not stopped Gohmert from showing his unease with serving under a President that happens to be black. 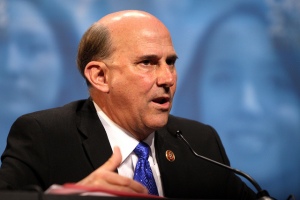 The Representative was also a co-sponsor of 2009’s H.R. 1503 or “Birther Bill,” which attempted to amend the racist conspiracy theory of birtherism onto the Federal Election Campaign Act. (It failed.)

Gohmert’s prejudice is not the only character trait the politician has publicly displayed. The man is also a hardened brick of batshit crazy.

During an appearance on Alex Jones’ “Infowars,” Gohmert spoke about the President’s healthcare reform: “We’ve been battling the socialist health care, the nationalization of health care, that is going to absolutely kill senior citizens. They’ll put them on lists and force them to die early…” 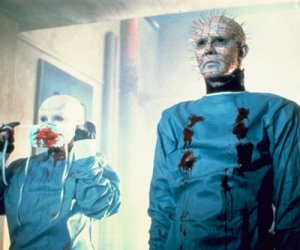 He goes on to agree with Jones’ more ridiculous theories of Democratic sponsored “youth brigades” and “national compulsory service” (whatever the fuck that is), responding: “This is the kind of thing we got to stop.”

The Tea Party Congressman set up his sideshow tent on the House floor in 2010, detailing what would become known as the “terror babies” conspiracy theory. Citing a retired FBI agent as his source, Gohmert claimed terrorist groups are sending pregnant women to the U.S. to give birth on American soil and then return to the terror groups overseas with their babies who would be raised as terrorists. The grown children would return to the United States as citizens to carry out terrorist plots.

CNN’s Anderson Cooper spoke with the FBI’s former Assistant Director of International Operations, Tom Fuentes, who denied Gohmert’s claims, saying “there was never a credible report – or any report, for that matter – coming across through all the various mechanisms of communication to indicate that there was such a plan for these terror babies to be born.”

Senator Gohmert appeared the following night on Cooper’s show, doubling down on insanity as if it were a winning hand in a Vegas game of high stakes poker.

Quick bit of bar trivia: Gohmert is the vice-chairman on the Subcommittee on Crime, Terrorism, Homeland Security, and Investigations.

Pop quiz, hot shot. How the fuck did this guy get re-elected last November?

During last year’s election we saw a flurry of Republican voices speak out for Todd Akin to withdraw his candidacy after his atrocious comments regarding rape. Why weren’t those same voices seeking to replace the delusional Gohmert?

We already know the answer to this question. Akin was never asked to withdraw by members of his party because of his words.  It was a desperate attempt to save his House seat in an election the Missouri Senator had clearly lost.   Gohmert’s insane statements never had the negative impact on his election numbers that Akin’s had on his.  The Congressman won re-election with 71.4% of the vote.

The Republicans have not only been labeled the crazy party, they’ve embraced it. Every time Louie Gohmert opens his mouth, we are reminded of that.