While media outlets were competing as to whom could publish the wittiest version of “Weiner must pull out,” Mother Nature brought the citizens of Earth their tab.  The bill comes to $60 trillion. 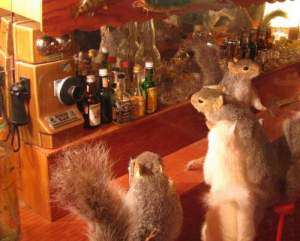 In a piece published last week, researchers concluded that could be the global financial cost of the currently thawing Arctic.

As the ice continues to melt at an unprecedented speed, warming sea water will allow offshore permafrost to release large amounts of methane (aka greenhouse gas) into the atmosphere.

Professor of Ocean Physics at the University of Cambridge, Peter Wadhams, explains: “This massive methane boost will have major implications for global economies and societies.  Much of those costs would be borne by developing countries in the form of extreme weather, flooding and impacts on health and agricultural production.”

2012 was the hottest year on record for the U.S. and 2013 has already made multiple contributions to the record books when it comes to extreme weather.

The May 31st Oklahoma F5 tornado is the widest twister in history at an astonishing 2.6 miles in width.

On June 30, California’s Death Valley reached 129.9 °F, which is the hottest temperature ever recorded in the U.S. for the month of June.

This year, parts of Central Europe, including Germany, Austria and the Czech Republic, have experienced record flooding. 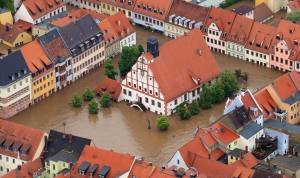 The same week as the release of the devastating report, House Republicans unveiled their plan to combat climate change… I mean, speed it up.

New legislation by a House Appropriations subcommittee would remove President Obama’s greenhouse gas regulations and cut the EPA budget by 34%.

The GOP clearly didn’t read the study released just ten days prior revealing air pollution is responsible for 2.1 million deaths annually.  In the United States, 43,000 deaths were attributed to particulate matter while 34,400 deaths were connected to ozone pollution.  You get that 34%, Sea Bass!

Today’s Republican Party sets its sights on the EPA as if its re-enacting Kill Bill daily,   which is strange when you consider a Republican president signed it into existence through an executive order. 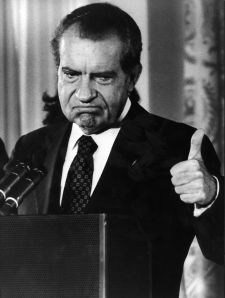 Not surprising when you consider in the same month, Texas Republican Representative Joe Barton attempted to piss away the science of man-made caused climate change with the tale of Noah’s Ark:

“I would point out that if you’re a believer in the Bible, one would have to say the Great Flood is an example of climate change and that certainly wasn’t because mankind had overdeveloped hydrocarbon energy.”

Christ, does this guy think the Death Star is a fucking NASA project?

97.1% of scientists agree global warming is real and a result of man-made emissions.  The majority of Republicans are simply late to the party.  Of course, they are getting paid nicely by dirty energy to stay home while the keg gets tapped. Rep. Barton’s second largest contributor is Exxon Mobil with $5,000 for the current 2013-2014 cycle.

Earlier this year after the Oklahoma tragedy, Democratic Senator Sheldon Whitehouse called out Congressional Republicans for refusing to believe in the science of climate change.

Sen. Whitehouse asked in regards to the party’s continued lack of action on the subject: “How do you imagine this ends?”

If we as voters don’t make a difference, I’m going to answer, “not well.”