If you’re wondering why your NRA-loving cousin is suddenly gushing on social media about Gus Van Sant’s 1998 Psycho remake, it may have to do with recent comments made by the film’s star, Vince Vaughn.

“I support people having a gun in public full stop, not just in your home,” the Dodgeball actor told GQ’s Jonathan Heaf.

Although I support the Second Amendment, I don’t want my local Applebee’s turning into an NRA show floor.

“All these gun shootings that have gone down in America since 1950, only one or maybe two have happened in non-gun-free zones. Take mass shootings. They’ve only happened in places that don’t allow guns.”

Slow down there, Clay Pigeons.

According to a 2014 study on mass shootings, “at least 18 took place wholly or in part where concealed guns could be lawfully carried.”

Vaughn’s implication that mass shooters specifically target “gun-free zones” is one of the NRA’s greatest fear mongering tactics.  It was most recently parroted by conservative pundits and extreme gun advocates in response to last year’s Isla Vista mass shooting carried out by Elliot Rodger.

At no point in Rodger’s 141-page manifesto does the shooter even mention “gun-free zones.”

I’m sure Vaughn’s Wayne La Pierre impression is fantastic, but like the NRA CEO, the talking point that more guns = less crime is simply not accurate.

This NRA nugget can be traced back to the work of John Lott. Lott’s book More Guns, Less Crime (great title), claims that states with concealed carry laws translates to less crime. Lott’s data covered states and counties from 1977 to 1992. 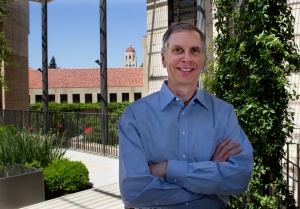 Ayres and Donohue extended the data years in their study from 1972 to 1999 for the states and until 1997 for the counties, explaining “…given that more state adoptions and the passage of time would likely either strengthen Lott’s case if it were true or weaken it if it were false.”

“This puzzle was resolved when John Lott gave us the data that were used for the response to our paper (recall that Lott was initially the lead author of that response). We found that this dataset contained numerous coding errors, which we describe below.

Correcting these errors, which contaminated every regression that was run for their response to our paper, has a profound effect on their estimates and restored the conclusion that concealed-carry laws were associated with increases in crime (or no effect) for all crime categories.”

“When they contend that we have ‘misread’ our own results, it is because they cite the jurisdictionally aggregated regression estimates that we showed were flawed and continue to pin their more guns, less crime hypothesis on this flawed estimation approach.”

And now for the knock out:

“Claiming we mired our results in the face of such obvious evidence to the contrary and repeatedly bringing erroneous data into the public debate starts suggesting a pattern of behavior that is unlikely to engender support for the Lott and Mustard hypothesis. We feel confident concluding that we have indeed shot down the more guns, less crime hypothesis. Perhaps PW can now assist in laying it to rest.”

A 2004 study by the National Academy of Sciences titled: “Firearms and Violence: A Critical Review” also concluded that right-to-carry laws do not reduce crime.

Although every major news outlet is covering this story, few are correcting Vaughn’s talking points. 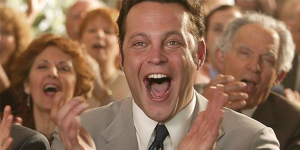 A similar reaction occurred in 2013 when the video of 15 year-old gun advocate Sarah Merkle went viral.

Vaughn’s misinformed statements are an excellent opportunity to discuss these issues.

However, NBC and CNN chose to insert random tweets and social media posts into their coverage rather than consult experts who actually studied these policies.

This isn’t the liberal media as Fox News would have you believe; this is simply poor media.

Leave a Reply to Drinks and Wings Cancel reply