It’s standard procedure for the NRA to attack any form of common sense gun reform on the national stage. The lobby group is notorious for often using fear-mongering tactics, misinformation and outright lies as talking points, which are often repeated by gun advocacy groups on the state level.

Late last year, one such group used these tactics in my home state of Iowa.

On November 23, Iowa Gun Owners’ Executive Director Aaron Dorr released a statement alerting members of the city of North Liberty’s intent to institute a “sweeping gun ban.”   “They are trying to sneak this gun ban through tomorrow, hoping that your attention this week will be on Thanksgiving, family, and friends.”

I can’t tell if Dorr or Chicken Little wrote this.

If by “sneak” through the ban, Dorr means that the city posted the council’s agenda on the official city website four days prior to the meeting, then we have far different meanings of the word.

Dorr states during the meeting the council “intends to vote” on the gun ban.

If you actually read the agenda, it was clearly described as: “Discussion regarding possible Weapons Resolution.”

“We are unable to tell you the exact extent of this proposed ban as they simply won’t tell us.”

At this point, I can only only conclude that Dorr cannot read or English is not his first, second or third language (although his statement is strangely written in it). 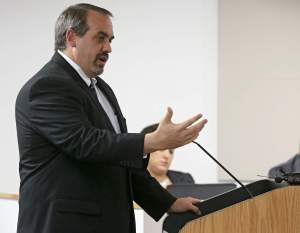 The reason the city isn’t telling this group of chuckleheads the “extent of this proposed ban” is because there is no specific proposed policy.

Referencing the packet within the council’s agenda on the city’s official site, the resolution discussion was requested by the Parks and Recreation Board and the Library Trustees.

Considering the issue was just a discussion, Mayor Amy Nielsen included a copy of the failed 2013 resolution for reference.

The 2013 legislation would have prohibited firearms on property that is “owned, leased or otherwise occupied by the City of North Liberty.”

Police officers, members of the Armed Forces, National Guard, corrections officers or individuals with written permission from the town’s Chief of Police were exempted.

You could have even kept a firearm on city property in your vehicle as long as it remained locked or the owner occupied the vehicle.

The 2013 resolution was far more extensive than the request that initiated this discussion made by NLCL Board of Trustees President Marcia Ziemer.

“As you witnessed, as a board we would like the City Council to consider prohibiting firearms within the Community/Rec Center & Library given that we do not have the authority to set a weapons policy on our own and feel it should be consistent for the entire building, and we want the staff and community to feel safe in this public space.”

One building is all they were requesting. That is the extent of the “ban.”

Dorr claims the resolution (that he himself admits that he doesn’t even know of the details) is illegal and violates Iowa code.

The state’s code essentially prohibits an outright firearms ban in the city limits. It still allows for the city to pass resolutions protecting city property. This is explained in the 2013 resolution (which Dorr clearly didn’t read).

In 2011, the nearby (and much beloved by your author) town of Iowa City banned firearms from their property.

Dorr’s ignorance becomes truly offensive when he blames gun-free zones for the deaths of those killed in the Paris terror attacks and Coralville, Iowa’s Coral Ridge Mall shooting (a neighboring town that Dorr points out is only “5 miles away” from North Liberty). 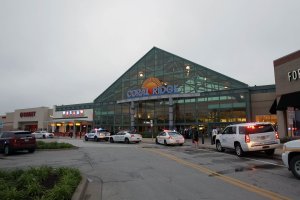 Gun-free zones are not the reason behind either tragedy. Dorr’s fear mongering goes into overdrive as he claims the council is turning city properties “into safe havens for violent criminals.”

The idea that more guns equals less crime has been debunked throughout multiple, reputable studies.

How does Dorr end his desperate plead to stop this tyranny? By asking for money.

Like the NRA, Iowa Gun Owners spreads the fear of some form of limitation on your Second Amendment right to fill the coffers.

While Dorr’s motivation is financial, his membership is driven by fear.

Fear at any moment that a “bad guy with a gun” will charge in and open fire, thanks to the propaganda by groups like the NRA or IGO.

I can’t imagine living life that way, hesitant to enter a Chilli’s if I can’t have an AR-15 strapped over my back. You’re in the Midwest, guys, not “The Walking Dead.” 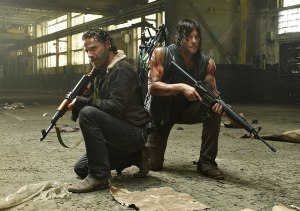 Since 2009, these groups have also warned of the Obama administration infringing upon the Second Amendment (even though gun rights have actually expanded under Obama). The recent news of the administration considering executive actions to introduce new gun control reforms have created new warnings of Obama’s “anti-gun agenda.”

The actions are believed to include an attempt to narrow the gun show loop hole and strengthen the rules for when firearms are stolen on the way to a buyer.

Not a single potential executive action will prohibit a sane, law-abiding citizen from purchasing or owning a firearm.

During the December 8th council meeting, North Liberty unfortunately decided not to go further in developing a policy and Aaron Dorr had his champagne glass ready to celebrate!

“We did it again!” Dorr opened his statement, going on to describe North Liberty as “the heart” of the “liberal bastion” of Johnson County that walked into a “grassroots buzz-saw.” I wish I could read the Valentine cards this guy handed out in school.

“From day one, it was clear to us that Mayor Amy Nielson [sic] was ready to “go to the mat” with Resolution NO. 13-60 – which would put gun owners in JAIL for violating her resolution!”

The IGO didn’t stop a policy; they prematurely stopped a discussion, and that is the most frightening aspect of this situation.