“You cannot invade mainland United States. There would be a rifle behind each blade of grass.” This quote is attributed to Japanese Admiral Isoroku Yamamoto during World War II, and is often repeated by gun advocates as to why the Japanese never invaded the U.S. It’s also bullshit.

There is no record of Admiral Yamamoto saying this, which means extreme gun advocates are in need of an authentic quote for their latest social media memes. Thankfully, I have one in mind.

“You can go down to a gun show at the local convention center and come away with a fully automatic assault rifle without a background check and most likely without having to show an identification card. So what are you waiting for?”

That is Al Qaeda spokesman Adam Gadahn speaking to jihadists in 2011. The scary part is that he’s right.

In 2009, Virginia Tech mass shooting survivor Colin Goddard wore a hidden camera to several gun shows. Goddard was able to purchase multiple firearms without a background check or even a driver’s license.

34 states do not require guns shows to conduct a background check.

The shooting is being investigated by the F.B.I. as a terrorist attack after it was revealed that Malik had pledged her loyalty to ISIS on social media.

All four of the couple’s firearms were purchased legally. However, the two assault-style rifles used in the attack were purchased by Enrique Marquez, a friend of Farook.

The investigation is still on-going, but it is likely Marquez’s transfer of the weapons to Farook was illegal and could have even been a straw purchase.

After the attack, Marquez checked himself into a mental hospital. Only recently have authorities been able to interview him.

What has been confirmed is the weapons were illegally modified, including an alteration to make the DPMS A-15 capable of holding 30-round magazines (the limit in California is ten rounds).

I am a strong advocate for shorter round magazines, which gives potential victims more opportunities to escape. Anybody that says the number of rounds doesn’t matter because you can quickly change a magazine hasn’t been listening to the survivor accounts of these tragedies. 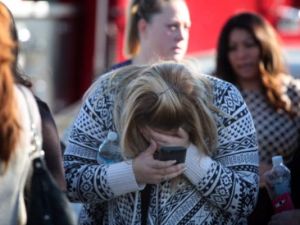 The 1993 Long Island Rail Road gunman was tackled before he could reload another 15-round clip.

In 2011, Tucson, Arizona mass shooter Jared Loughner was stopped while reloading his weapon.

More recently, it was revealed during the powerful “Vice” interview with the band Eagles of Death Metal that three members were able to escape while a gunmen was reloading during the November massacre in Paris.

Farook was not only a county employee, he was also a U.S.-born citizen. Although I’ve already seen memes implying Malik was a refugee, she was a permanent resident who originally arrived on a K-1 visa (aka fiancée visa).

A K-1 visa takes six months to process, compared to two years for a refugee resettlement.

“The appropriate place to focus is the visa waiver program and the ability of terrorists to buy guns,” New York Democratic Senator Chuck Schumer told reporters during a press conference on November 19th.

The K-1 is a complex method to use for solely gaining access to the States, since it requires the individual to be the fiancée of a U.S. citizen. However, under the visa waiver program, an individual can visit the U.S. without a visa for up to 90 days (as long as they are a citizen from one of the eligible 38 countries).

Prior to last week, there were no previously known ties to extremist groups that would have placed Farook or Malik on the terror watch list. Even if there were, it may not have helped.

Thanks to the influence of the National Rifle Association, an individual on the watch list is not prohibited from purchasing a firearm. 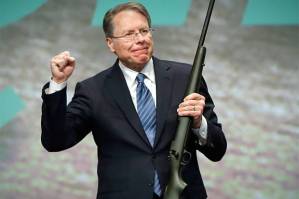 Last month, it was reported that between 2004 and 2014 terror suspects made 2,043 legal firearm purchases.

A day after the San Bernardino mass shooting, California Senator Dianne Feinstein’s measure prohibiting people on the terror watch list from legally purchasing a gun failed to pass in the Senate.

“If you need proof that Congress is a hostage to the gun lobby, look no further than today’s vote blocking a bill to prevent known or suspected terrorists from buying guns and explosives,” Feinstein told reporters.

What legislation did the Senate GOP approve? The pro-life party passed a budget bill which repeals Obamacare and defunds Planned Parenthood. President Obama has already vowed to veto it.

When I was in school we had tornado drills, not drills for an active shooter situation. We are now living in a society where a company sells a bulletproof blanket for children to use during school shootings.

According to estimates published last month in The Washington Post, there are 357 million guns in the United States. Our country’s population is 322 million.

As horrific as they are, mass shootings are accountable for less than 5% of our nation’s gun violence. We lose 92 Americans a day to gun violence, the majority of which are from handguns. This year alone, Chicago has already had 2,787 shooting victims, an increase from last year’s total of 2,587.

If we learned anything from the Farook case, it’s that we may not be able to prevent every mass shooting… but we also don’t have to make the most efficient killing machines so readily available either. 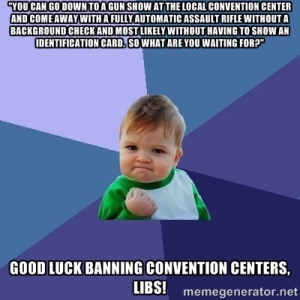