President Trump’s claim of former President Barack Obama wiretapping Trump Tower during the 2016 campaign is about as believable as Reince Priebus’ head exploding from mixing Pop Rocks and Coke. However, Priebus having his own Scanners moment at some point over the next four years is not only more realistic; but likely. 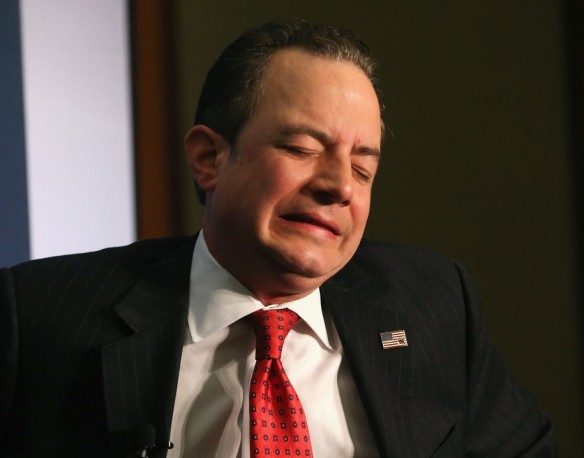 According to a recent CBS poll, 74% of Republicans believe Trump’s offices were likely surveilled. Even though debunked by American and British intelligence agencies, why would 74% believe such a baseless claim? Meet seven-term California Representative and newly minted professional information launderer, Devin Nunes.

In addition to representing California’s 22nd district, Nunes is also the chairman of the House Intelligence Committee. In January, the House announced it was conducting an investigation into possible ties between the Trump campaign and Russia.

Trump tweeted his X-Files filler episode conspiracy theory on March 4th. Over the following week and a half, Trump’s tweet would be criticized by members of both political parties for its absurdity (a president can’t unilaterally order a wiretap of a civilian) and lack of evidence.

During a March 15th appearance on Tucker Carlson’s Fox News show, the president discussed the wiretapping allegation with Carlson: “I think you’re going to find some very interesting items coming to the forefront over the next two weeks,” Trump cryptically told the host.

Appearing before the House intelligence committee on March 20th, FBI Director James Comey confirmed the bureau has had an ongoing investigation into possible collusion between Trump’s campaign and Russia since July.

It was a devastating blow to the Trump White House, which was quickly followed by a velociraptor-style attack of reality when both NSA director Admiral Mike Rogers and Director Comey confirmed there was no evidence to back up Trump’s claim of wiretapping.

The Trump administration was likely hoping to walk out of this hearing as if they were Ivan Drago leaving the ring after pummeling Apollo Creed to death. Instead, they were the rack of meat Rocky Balboa tenderizes in the freezer.

If Trump were to deliver on the evidence he teased would be “coming to the forefront,” now would be a great time.

Two days later, Nunes held a press conference to announce he viewed new intelligence showing members of the Trump campaign had been captured under surveillance. Nunes then went to the White House and shared the latest intel with President Trump… the very man at the center of the investigation Nunes is overseeing. 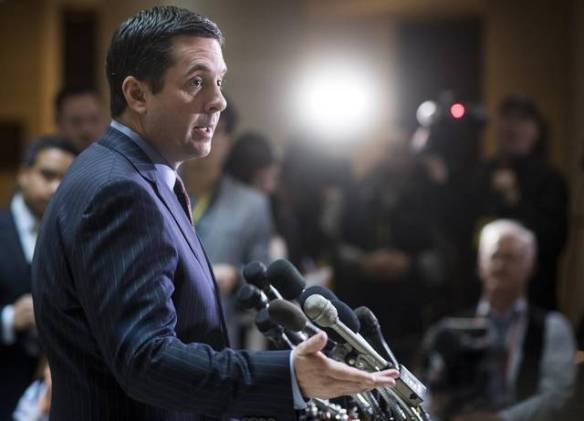 In defending his actions to the press, Nunes explained:

“The president needs to know that these intelligence reports are out there, and I have a duty to tell him that.”

Did I mention Nunes was also a member of Trump’s transition team?

Nunes refused to reveal the identity of his source and didn’t share the information with the committee’s ranking member, Democratic Representative Adam Schiff.

Nunes clarified the intel was likely legal and originating from incidental collection, meaning the phones of those affiliated with the Trump campaign were not under surveillance. This information would be misrepresented by conservative media and even the president himself.

When the president was asked later in the day if he felt Nunes’ intel vindicated his wiretapping tweet, Trump responded: “I somewhat do. I must tell you I somewhat do.”

Although Nunes’ own assertion of the intel is that it doesn’t validate Trump’s wiretapping claim, the damage was done. 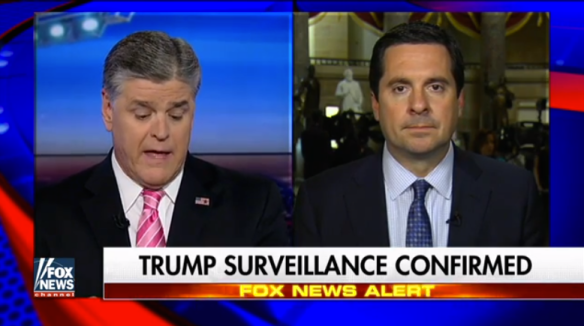 Party partisanship is a likely contributing factor to the high poll number, but the truly concerning issue found in the poll results is the continuing effectiveness of fake news.

Yates was celebrated as a hero in January when she was fired by President Trump for refusing to defend the administration’s travel ban (aka Muslim ban) executive order.

More importantly, Yates was also the one to warn the president in late January that his national security adviser, Gen. Michael Flynn, had been misleading when claiming he did not discuss sanctions with the Russian ambassador. Flynn could also be vulnerable to blackmail by the Russians, Yates cautioned.

Trump ultimately asked for Flynn’s resignation, only after The Washington Post reported Flynn had discussed U.S. sanctions with the ambassador.

The Washington Post reported Yates was blocked from testifying by the Justice Department, which the administration denied. If you actually read the DOJ letter, they weren’t exactly rolling out the red carpet for Yates.

If you’re beginning to doubt Nunes’ commitment to Sparkle Motion or an impartial House investigation, you’re not alone. 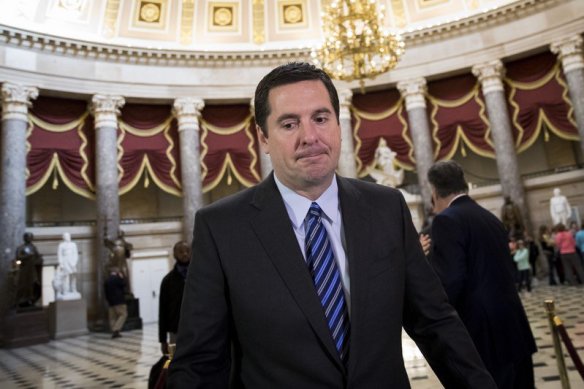 What initially seemed like poor decision making on Nunes’ part, now appears more like deliberate sabotage of the integrity of the House investigation.

On March 30th, The New York Times confirmed suspicions that Nunes’ information came from within the White House. The Times identified Nunes’ sources as Michael Ellis, a lawyer for the White House Council’s Office and Ezra Cohen-Watnich, senior director for intelligence at the National Security Council.

Nunes literally went to the White House to view information, and then returned the next day to brief the White House on the information they gave him 24 hours before. This circle jerk of nonsense is what passes as our current presidential administration.

Of note, Ezra Cohen-Watnich was a leftover from Gen. Flynn’s 24 day tenure as national security advisor. On March 10th, Flynn’s replacement, Lt. Gen. H.R. McMaster, made the decision to remove the 30-year-old Cohen-Watnich as senior director for intelligence.

To save his position, Cohen-Watnich went to chief strategist Steve Bannon and adviser Jared Kushner. The two men discussed the issue with Trump, who then overruled McMaster’s decision.

“Nothing I could see today warranted a departure from the normal review procedures, and these materials should now be provided to the full membership of both committees,” Schiff said in a statement. “The White House has yet to explain why senior White House staff apparently shared these materials with but one member of either committee, only for their contents to be briefed back to the White House.”

Nunes’ actions were a violation against the separation of powers between the legislative and executive branches of government. The shared incompetence displayed by Nunes and the Trump administration exposed what appears to be a blatant attempt to compromise the House investigation.

While Trump’s cabinet picks and proposed budget carry out the “deconstruction of the administrative state,” actions like that of Rep. Nunes seek to remove the checks and balances.