We currently live in a world where the President receives accolades for making such an obvious statement as “Rape is rape.” Let that sink in for a moment. This is not an insult toward POTUS, but a testament to how clearly off the fucking rails the modern-day Republican Party has gone.

The President made the comment in August after Todd Akin stated his belief that all members of the female gender qualify to join the X-Men and repeated this statement last night in response to the latest GOP controversy.

Republican Senate candidate Richard Mourdock said Monday night during a debate, “I think even when life begins in that horrible situation of rape, that it is something that God intended to happen.”

We discussed in our previous post, Akin Skywalker, that this is a common belief among members of the GOP. He-Man villain Mourdock is essentially stating the platform of the GOP: Abortion is not acceptable under any circumstances.

Another reminder: this is an election year that will see the newly elected President of the United States likely appoint two new Supreme Court justices.

Trump should hire someone to explain to him that college records are withheld by default. As ridiculous as I find this dead squirrel-wearing chucklehead’s proposition, I would pay to watch him accept Stephen Colbert’s offer. Is it too late to donate to the Colbert Super PAC?

Like birtherism, the roots of Trump’s requested properties are based in race. Many conservatives believe that the college transcripts will show Obama to be a benefactor of affirmative action. The passport records are believed (by insane people) to show that the President used a non-American passport to journey to Pakistan in the early eighties, which takes us right back to: birtherism.

When not misinterpreting female biology, the supporters of this twisted incarnation of the GOP have consistently injected the subject of race into this election. This year alone, we saw multiple “explosive stories” that were supposedly going to “change the course of the election.”

Breitbart’s understanding was that this video was somehow evidence that Obama favored African Americans over the white race. If you notice, the crowd consists of both genders and many nationalities.

The rally was to bring attention to the lack of female minority teachers within the school (there were none at the time the video was taken).

Breitbart.com failed to mention that PBS originally aired the footage in 2008. Whoops.

Instead of supporting the GOP jobs plan (which they don’t have), the supporters of this party are creating false controversies and conspiracy theories. Sanity, along with science and common sense, has left the modern-day Republican Party. For further evidence, when was the last time you saw retired General and former Secretary of State Colin Powell campaign for any of the GOP presidential candidates? 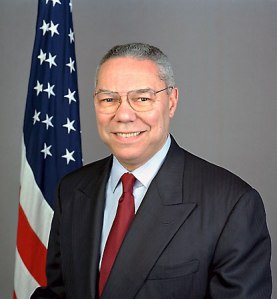 Colin Powell won’t be alone in his decision. Sixty-eight Nobel Prize recipients in science have also endorsed our current President.

I understand. I would not want to support a party that is insensitive to rape, bases their approach to taxes on the plan of a twelve-year old child and nominates a candidate that can’t make up his mind either.