As part of their voter outreach program, the Republican Party unveiled their latest mascot in a series of commercials last week. Meet Scott Greenberg.  It’s nice to see the GOP finally focusing on the one demographic they consistently overlook, the heterosexual white male. 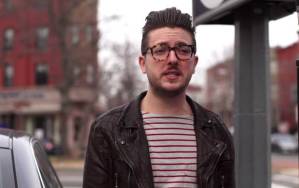 Greenberg is the product of what you would expect from Republican campaign advisors who spent far too much time in a Silver Lake coffee shop, but this hipster is the real deal.

In addition to lecturing you about why a band you’ve never heard of is more influential to music than The Beatles, Greenberg will just as easily tell you why the EPA is killing jobs.

In a spot titled All of The Above, Scott tackles the issue of gas prices and energy…but you wouldn’t understand.

“I’m a Republican, because we should have an all of the above energy policy,” Greenberg tells… someone at the gas station.

“The all-of-the-above energy strategy I announced a few years ago is working, and today, America is closer to energy independence than we’ve been in decades.” President Obama told the nation during his State of the Union Address in January. 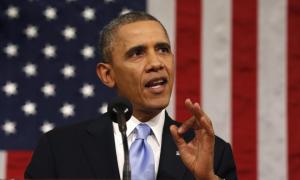 Every method listed by Greenberg has been supported under the Obama administration.

Not only does Greenberg seem to be completely unaware of the current administration’s energy policies, he doesn’t seem to understand how oil is priced.

Greenberg begins the spot voicing his concern on high gas prices, implying that increased oil production would lower costs at the pump. However, oil is priced on the world market.

“There are not many markets where the United States can’t impose its will on Market outcomes, “ MIT Professor of Energy Economics Christopher Knittel has explained.  “This is one we can’t, and it’s hard for the average American to understand that and it’s easy for politicians to feed off that.”

Greenberg should rest assured that the President has addressed his concerns and turn his focus to something that requires his immediate attention, like saving his job.

When not prancing as the GOP gas station show pony, Greenberg is the Public Relations and Publications Manager for the Washington Ballet. 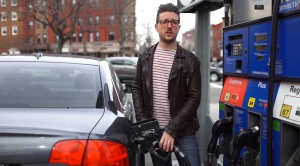 The Washington Ballet receives much of its support from taxpayer funding, including the National Endowment for the Arts.  2012 Republican presidential candidate Mitt Romney vowed to cut the NEA in half if elected.

Although Scott ‘s is the most publicized of the new GOP ads, he is not alone.

Emily is understandably concerned about a tough job market and student loan debt.  She also seems to be unaware that her party of choice has blocked every single one of the current administration’s jobs bills.   The GOP doesn’t fair much better on student loans.

Last year’s originally proposed legislation by House Republicans would have tied student loan debt to the market.  If passed, it would have allowed rates to increase over the duration of a loan.   The plan was stopped when President Obama threatened to veto it.

Major issues such as immigration reform and the Affordable Care Act are almost completely ignored in the latest wave of spots.

The ACA is referenced during Raquel Riley Thomas’ spot, Better Future.  It’s about what you would expect. 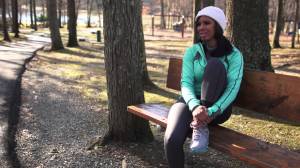 “Balancing family and work is hard enough as it is, so I don’t need politicians wasting more of my time and paycheck on a broken website.” Of course Raquel is okay with her party wasting time and money voting fifty times to repeal/alter the same law with the same result…because she’s a Republican.   The website has been fixed, over 5 million people have enrolled, and as of this month the GOP was still casting meaningless votes in the House.

I can just imagine the absurd spot attacking the contraception mandate on the cutting room floor:  “My wife takes birth control to prevent ovarian cysts, but I shouldn’t have to pay for it. I mean I love her, but things are really tense with Russia right now.”

The GOP commercials feature African American, Asian, Hispanic and female voters:  nearly every group which the party has pissed off, ignored or legislated against in the recent years.  Interestingly, a group not represented in a spot is the LGBT community.  I would LOVE to see that ad.

Two things are for certain in these spots:  1) The lack of detail and vague statements show the Republicans are aware their policies are still out of step with the majority of Americans, and 2) Scott Greenberg needs to switch from PBR to water.