President Obama’s weekend unveiling of tax cut proposals for the middle class was a much welcomed surprise – unless you were the Republican Party, who exhibited a similar reaction to that of a bull meeting a matador in the arena. 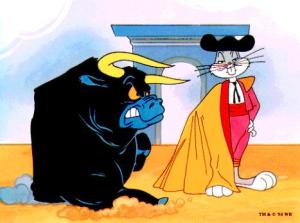 The President is expected to discuss his proposals during tonight’s State of the Union Address. Here is a brief sampling of what is included in his plan and how many Americans will benefit from it (the projected numbers come directly from the White House fact sheet):

Although the GOP is quick to protect and create tax breaks for the nation’s top earners; when it comes to the middle class, they tend to drag their feet as if they were John Merrick in a Step Up dance-off.

Rep. Paul Ryan’s spokesman, Brendan Buck was quick to lash out against the proposals, stating: “We lift families up and grow the economy with a simpler, flatter tax code, not big tax increases to pay for more Washington spending.”

I had to have my hearing checked after that shout out to the flat tax. The flat tax is a policy that we know does not work… at least not for the middle class and lower income earning individuals. In my previous entry, Raising Cain, I discussed how Herman Cain’s famous 9-9-9 flat tax plan would actually increase taxes on 84% of households.

To cover the costs of the tax cuts, Obama’s plan calls for a new fee on financial firms with over $50 billion in assets.

In addition, the capital gains tax rate would increase from 23.8% to 28%. The number of 28% may sound familiar to conservatives, because it is the same rate that capital gains were originally taxed under Ronald Reagan. I wonder if the GOP members of Congress will begin a sporting event-worthy “wave” if Reagan is mentioned tonight.

Another provision under the proposal is the closure of the “stepped-up basis” tax loophole. This loophole has allowed the nation’s wealthiest earners to pass on certain assets to their heirs tax free. The White House example is so vanilla you could serve it at Dairy Queen, so let’s visit the world of Star Wars to see this loophole in action:

Even if Vader chose to instantly sell the stock (Dengar is interested), he would not pay taxes on the $95 million gain. Vader would only pay taxes if the stock increased beyond the $100 million value while it was in his possession.

The majority of the revenue generated from the “stepped-up basis” closure and increased capital gains rate would come from the top 1%. The White House anticipates 99% of the 1% will be impacted, while over 80% of the the top 0.1% would be affected. Trust me, they aren’t going to be struggling.

A 2014 analysis by economists Emmanuel Saez and Gabriel Zucman has shown that the top 0.1% of families (160,000 families in all), hold 22% of the nation’s wealth. That amount of wealth is similar to the entire bottom 90%.

Any insinuation or claim by the GOP that the middle class will also feel the burden of the capital gains reform is complete bullshit and here is why:   The first $100,000 of capital gains per individual ($200,000 per couple) is exempt. As for residences, couples have a $500,000 exemption while individuals at $250,000.

In regards to a small business, no tax is required on an “inherited small, family-owned and operated business = unless and until the business was sold”.

I believe if enacted, Obama’s plan would further contribute to the economic recovery by strengthening the middle class.

Tomorrow night, newly elected Iowa Senator Joni Ernst will give the Republican response to the President’s address. Ernst herself favors a Fair Tax, a policy that would increase the tax burden on the lower 80% of American families.

From the outcome of “Obamacare” to the reality of climate change to same-sex marriage, the modern-day Republican Party has been on the wrong side of nearly every issue. Here’s to hoping they get this one right.