While waiting for Iowa Sen. Joni Ernst’s GOP response to the President’s State of the Union Address to play on Politico’s video player, an ad for Smirnoff Ice played. After watching Ernst’s speech, I realized it wasn’t an ad. It was a recommendation.

As the face of the GOP response to the State of the Union Address, Ernst began with a curve ball worthy of Rick “Wild Thing” Vaughn:

“Tonight though, rather than respond to a speech, I’d like to talk about your priorities.”

Throughout her nearly ten minute screen time, Ernst proudly ignores all of the proposals introduced by the President during his address.

“And now we’re getting to work to change the direction Washington has been taking our country.”

Really? Because we now have an unemployment rate at 5.6%, a deficit at 2.8% of GDP and an economy that has shown the fastest growth in 11 years. 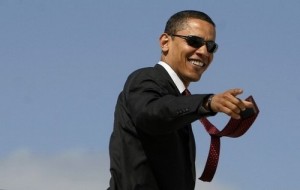 By the 1:22 mark, Ernst begins sharing with the American people her childhood experience growing up in Iowa. In particular, wearing bread bags to protect her shoes whenever it rained. I’m not kidding.

“But I was never embarrassed. Because the school bus would be filled with rows and rows of young Iowans with bread bags slipped over their feet.”

The Iowa Senator literally shares more details on wearing bread bags than of the GOP policies regarding:

“We see our neighbors agonize over stagnant wages and lost jobs.”

That is because your party filibustered the President’s minimum wage increase last year. In April, Senate Republicans successfully stopped an increase in the minimum wage from $7.25 to $10.10. 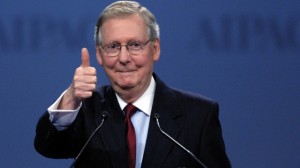 Your party also successfully blocked the American Jobs Act, Veterans Job Corps Act of 2012 and the Teacher and First Responders Back to Work Act.  I don’t see Joni mentioning any of this to her neighbors anytime soon though.

Rather than take this opportunity to present a GOP alternative to “Obamacare,” Ernst simply wastes her national airtime attacking the existing law.

As discussed in my previous entry Funny Farm, 2.6 million people lost their plans under the Affordable Care Act.  However, over 9 million have gained insurance.

Half of the people who have lost their plan through cancellation will be able to find a similar plan on the healthcare exchange.

Ernst finally gets to a GOP proposal… wait for it… the Keystone Jobs bill.

I recall comedian Robert Wuhl sharing a story in his stand-up routine about attending a music festival in New Jersey with the headliner being a “surprise guest.” Wuhl waited the whole show expecting Springsteen or Bon Jovi and instead got Yoko Ono. I imagine a faction of conservatives having a similar reaction as Wuhl at this point during Ernst’s speech.

The same State Department has also concluded the Keystone pipeline would only offer 35 permanent U.S. jobs. Way to go, guys. You clearly brought out the big guns tonight.

As I pointed out in my 2012 entry on the Keystone pipeline, the American Jobs Act would have provided my home state of Iowa with more jobs than the pipeline would provide for the nation.

Hey! The President literally just offered an excellent solution to that very problem! Everyone in the nation has had access to the President’s tax proposal since Saturday. The fact the Republican response refuses to even acknowledge the plan is simply ridiculous.

It may be a new GOP-led Congress, but with no new ideas.