Days after announcing Breitbart News’ executive chairman and racial opportunist Steve Bannon as his new campaign CEO, Donald Trump reached out to the black community at a rally in Dimondale, Michigan:

“You’re living in poverty, your schools are no good, you have no jobs, 58% of your youth is unemployed — what the hell do you have to lose?”

As covered in my previous piece, the real estate mogul has failed to even seriously acknowledge the need for criminal justice reform. Under a Trump presidency, the very real issue of racial bias within our justice system will not only go uncorrected… it would likely worsen.

With his proposal to ban Muslims from entering the country and support of a surveillance program in our nation’s mosques, Trump’s hateful policies would inadvertently target members of the black community as well. However, this may actually be a selling point to the multiple white supremacist accounts Trump has retweeted.

According to a 2011 Pew analysis, black citizens make up 23% of the U.S.’s Muslim population. When the study focused on “native-born” Muslims, that number went up to 40%. It increases yet again to a staggering 59% when Pew looked at third generation Muslims.

Since the signing in of President Obama’s landmark healthcare reform, the uninsured rate among blacks has dropped from 22.4% to 10%. Expect that progress to be reversed once Trump repeals Obamacare (an action Trump has pledged to do within his first 100 days in office).

In addition, Trump’s pledge to nominate Supreme Court justices who would overturn rulings which protect same-sex marriage and a woman’s right to choose would have a negative impact on black members of the LGBTQ community and women in general.

Trump really painted a bleak vision of the black community while trying to win over their vote. It should also come as no surprise that his description isn’t all that accurate.

Trump has used variations of his “58%” youth unemployment talking point. It was 59% when Politifact Virginia tackled the issue in June.

Politifact did not get a response from the Trump campaign when they asked where the candidate got his 59% figure, but the fact checking site determined it was most likely a composite of the actual unemployed youth number and of all youth in the 16 to 24 year-old age range; including high school and college students who are not even seeking employment.

Trump’s general claim of “no jobs” for the community is also unreliable… especially considering black unemployment hit its lowest level prior to the great recession beginning in December 2007.

Trump’s offensive pitch of blanketing the nation’s black community as uneducated and unemployed is straight from an alt-right website… like Breitbart News.

How out of touch is Trump with the communities of people of color? He gave last week’s pitch speech to black voters in a town where only 0.7% of the population is black (92.7% white).

This isn’t the first time Trump has pissed away an opportunity to actually address the black constituency.

“The Art of the Deal” author turned down an invitation from the NAACP to speak at their annual convention last month (Hillary Clinton accepted their invite). 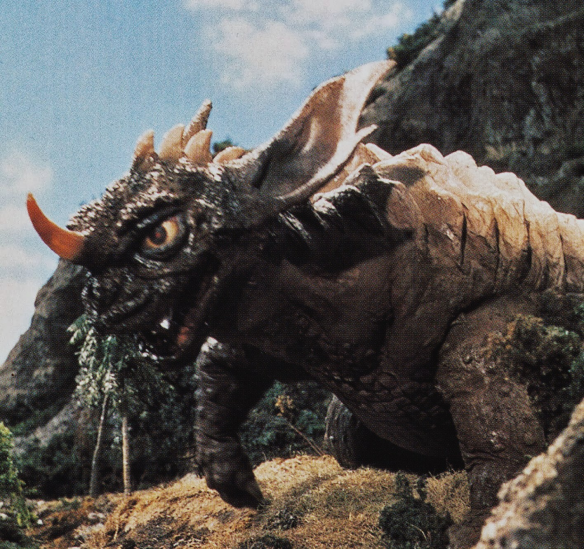 It’s no wonder Trump has done so poorly with black voters when he has left a slime trail of racist actions and comments like a hateful banana slug.

Decades before retweeting a false graphic stating blacks are responsible for the 81% of white homicides, Trump took out a full-page ad in The New York Times advocating for the return of the death penalty against the Central Park Five.

The Central Park Five consisted of one Hispanic and four black juvenile males. They were charged with the 1989 rape and assault of a female jogger in New York’s Central Park. Even though Trump called for their deaths, all five would later be found to be innocent of the crimes.

While Donald Trump served as president of the Trump Management Corporation in the 1970s, the corporation was sued by the Justice Department for discrimination. Specifically, for quoting different rental prices or claiming there were no vacancies to potential black renters.

More recently in 2011, Trump jumped into the deep end of the racist birther conspiracy theory questioning President Obama’s place of birth. Trump had even claimed to have sent a team of investigators to Hawaii to work on the matter. I’m assuming they’re still down there because Trump hasn’t spoken of them since.

When asked last June by CNN’s Anderson Cooper if he believed Obama was born in the United States, Trump responded:

“I really don’t know. I mean, I don’t know why he wouldn’t release his records. But you know, honestly, I don’t want to get into it.”

Not only did President Obama release his long form birth certificate, Trump took credit for it:

“Today, I’m very proud of myself, because I’ve accomplished something that no one else has been able to accomplish.”

Although a Trump presidency would be disastrous for the nation, his successful candidacy is already proving to be damaging.

Trump’s nomination has validated the bigoted views of his supporters in their eyes, further emboldening their rhetoric and actions.

On Sunday, a group of twenty people identifying themselves as White Lives Matter, protested outside of a Houston, Texas NAACP office.

Waving confederate flags and heavily armed with what appeared to be semiautomatic rifles, the group’s organizer Ken Reed, explained their presence to local media:

“We came out here specifically today to protest against the NAACP and their failure in speaking out against the atrocities that organizations like Black Lives Matter and other pro-black organizations have caused the attack and killing of white police officers, the burning down of cities and things of that nature.”

Reed is echoing false comments previously made by Donald Trump, most notably blaming the deaths of police officers on the BLM movement.  It’s of no surprise Reed made his statement while wearing a “Donald Trump ’16” hat.

Reed doesn’t specify the events, but it is likely he is referring to the Dallas and Baton Rouge shootings, neither of which were carried out or supported by Black Lives Matter. In fact, the BLM movement has condemned both attacks.

This is the problem we see in our co-workers who post questionably racist memes on Facebook to Trump’s surrogates embarrassingly defending his actions on political panels. They are more concerned with protecting their false narrative than furthering the discussion to a solution.

In March, I discussed the heated discussion between progressive pundit Van Jones and Trump supporter Jeffrey Lord. As Van Jones, a black male, explains to Lord how Trump’s racially charged tactics are viewed by people of color, Lord can’t stop himself from interrupting only to spout the debunked concept the KKK was an official extension of the Democratic Party. Lord further interrupts Jones’ valid and timely concerns as he defends his narrative that it’s the progressive wing of the Democratic Party pushing a racist agenda. It’s an incredible five minutes of video that is required viewing for this election year. 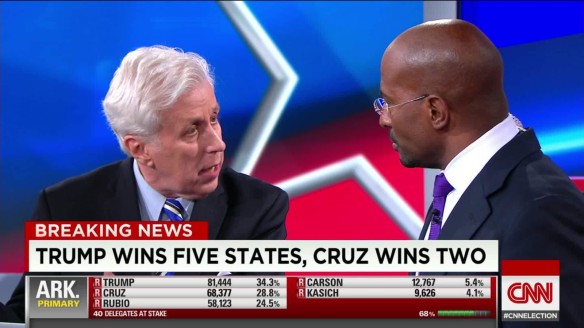 “I mean, maybe it would have been nice if he went and had a backdrop with a burning car, but the reality is…”

Kingston was appropriately cut off by Keiler before he could finish his ignorant response.

It’s as if all of the knowledge the Trump campaign has on the black community came from repeat viewings of 1973’s Black Caesar.

As Trump further pushes the envelope on racism as a lure in a presidential campaign, white supporters are going to have to take a hard look in the mirror and ask themselves ‘when is it too much?’