“Should I win a second term, a big reason I will win a second term is because the Republican nominee and the Republican Party have so alienated the fastest-growing demographic group in the country, the Latino community.”  President Barack Obama told the Des Moines Register just two weeks ago.  Truer words have never been spoken.

The group Latino Decisions determined the President won 75% of the Latino vote compared to Romney’s 23% take.  The question the GOP has to be asking itself is:  why did we ever limit ourselves to this past year’s clown car of candidates from which to choose a presidential nominee?  Oh, and why did we not get a bigger share of the Latino vote?

It doesn’t help when your party’s presidential nominee plans to handle the immigration problem through self-deportation.  You also do not do yourself any favors when you can’t answer Bob Schieffer’s question of whether or not you would repeal the President’s new immigration policy that is favored by many Hispanics. 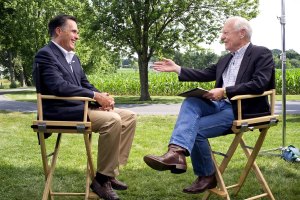 It may turn off voters when some of your party’s most public figures label the first Latina Supreme Court Justice (nominated by President Obama) a ‘racist,’ or as Newt Gingrich tweeted, “Latina woman racist.”  Stay classy, Newt.

What may come as a shock to the Republican Party is that the real lack of appeal for Latinos is in their terrible economic policies.

An election eve poll showed that on the issue of the handling of the deficit, 35% of Latino voters favor raising taxes on the wealthy, while 42% approve of a combination of cutting spending and raising taxes.  Only 12% support the GOP stance of using only spending cuts.

Romney wanted to take out Obamacare as if he were Charles Bronson in a Death Wish film.  Only 12% of Latinos favored a repeal of healthcare reform, while 61% supported it as is.  My advice for the GOP is that you may want to reconsider your ridiculous stance against female contraceptive coverage.

The Republicans are going to have to learn quickly to do the one thing they have been holding out on for a majority of the President’s first term: compromise.

This is a wake up call for today’s GOP.  What you are doing has not only continued to hurt the economy, but has now hurt your own Party.  A good place to start the change would be the looming fiscal cliff.

House Speaker John Boehner told Politico earlier this week he is not even going to consider a tax increase for those making more than $1 million dollars.  We’re off to a bad start, John.

In the same interview, Boehner quotes the Ernst & Young report’s claim that a tax increase (via the lapse of the Bush tax cuts for the wealthiest incomes) would result in the loss of 700,000 jobs.  We covered the same report in our entry, Ernst Goes to Camp.  That jobs loss number is simply bullshit.

We did it your way during the debt ceiling, Republicans.  It resulted in the lowering of our nation’s credit rating for the first time in history.

To protect the unemployment insurance and payroll tax cut extension for lower and middle-income earners, President Obama compromised with the GOP in an agreement to extend the Bush tax cuts for the wealthiest incomes in 2010.  Which added to our debt.

Ronald Reagan’s philosophy is often referred to as the person who agrees with you 80 percent of the time is a friend and an ally; not a 20 percent traitor.

Good advice to listen to if you hope to remain relevant in 2016.