It’s disappointing that Marco Rubio’s water bottle grab is the most memorable moment from his GOP response to the President’s State of the Union Address, because his rebuttal was an excellent showcase of how out of touch with reality the Republican Party still is. 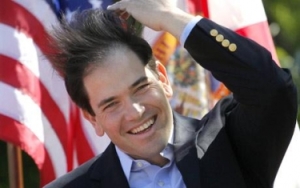 Rubio did not waste anytime attacking Obamacare, a GOP piñata favorite: “Obamacare, it was supposed to help middle-class Americans afford health insurance. But now, some people are losing the health insurance they were happy with.”

What Rubio fails to add is that he is sourcing a Congressional Budget Office report based on future projections.

The CBO predicts a reduction in employer-covered healthcare, but not due to the evils of Obamacare as Rubio would have you believe.

Under the American Taxpayer Relief Act (enacted in response to the fiscal cliff), those earning under $450,000 a year are facing a lower marginal tax rate, making tax-free, employer-offered health insurance less valuable. Which means more people would get the exchange program and/or participate in the subsidies (beginning in 2014) offered by Obamacare.

If Rubio were to simply have read the 2011 census data (the most recent data available), he would know that the number of people gaining health insurance has increased.

Sticking with healthcare, Rubio included multiple jabs about the President’s plan regarding Medicare: “And it will hurt seniors because it does nothing to save Medicare…”

How could Marco forget last year’s election already? Medicare was brought to the forefront of debate when President Obama’s healthcare reform created $716 billion dollars in Medicare savings over ten years. The plan puts the savings back into Medicare, extending the program’s life until 2024. 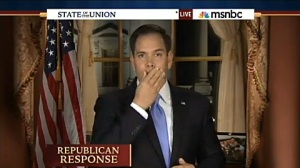 Later in the same speech, Rubio added: “But anyone who’s in favor of leaving Medicare exactly the way it is right now is in favor of bankrupting it.”

Perhaps the very address that Rubio is responding to is not current enough for his attention span. The President said literally minutes before Rubio’s speech: “On Medicare, I’m prepared to enact reforms that will achieve the same amount of health care savings by the beginning of the next decade as the reforms proposed by the bipartisan Simpson-Bowles commission.”

Did Marco even watch the President’s speech?

In an attempt to relate to middle-class America, Rubio said: “Mr. President, I still live in the same working-class neighborhood I grew up in. My neighbors aren’t millionaires; they’re retirees who depend on Social Security and Medicare.” 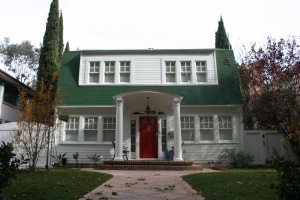 When Rubio is not fawning over his “working-class neighborhood” he can’t wait to move out of (his house has been on the market since November), he spends much of his speech time demonizing the role of government.

“More government isn’t going to help you get ahead; it’s going to hold you back.”

Strangely, Rubio contradicts himself within his own speech: “Now, I believe in federal financial aid. I couldn’t have gone to college without it.”

It doesn’t end there. Rubio gives another shout out: “One of these programs is Medicare, is especially important to me. It provided my father the care he needed to battle cancer and ultimately to die with dignity. And it pays for the care my mother receives right now.”

The government did not seem to hold you back, Marco.

The most memorable segment of the President’s speech was when he addressed the subject of gun control.

Regardless of party affiliation, it was a truly remarkable and emotional moment. How did Rubio respond?

“We must effectively deal with the rise of violence in our country. But unconstitutionally undermining the Second Amendment rights of law-abiding Americans is no the way to do it.” What the fuck is he talking about?

Not a single proposal supported by the President is unconstitutional.

Senator Rubio is believed by many to be the new face of the GOP and the frontrunner for the Republican ticket in 2016. He also has the short-term memory capacity of Leonard from Memento. 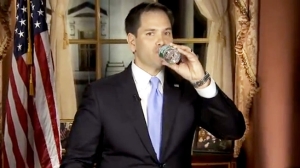