As the latest GOP-manufactured crisis continues on without a resolution, Texas Sen. Ted Cruz has already set his sights on his next target to use against the American government… the looming debt ceiling

Speaking with CNN’s Candy Crowley, the Tea Party-backed Senator listed his three objectives/demands regarding the upcoming debt ceiling talks: “Number one, we should look for some significant structural plan and reduce government spending, Number 2, we should avoid new taxes, and Number 3, we should look for ways to mitigate the harms from Obamacare.”

Cruz is (proudly) determined to repeat nearly every mistake from the 2011 debt ceiling negotiations that lowered our nation’s credit rating for the first time in history… this time bringing the Affordable Care Act along for the ride.

Watching The Terminator again, I wonder if Kyle Reese was actually sent back in time to warn Obamacare about Ted Cruz: “It can’t be bargained with. It can’t be reasoned with. It doesn’t feel pity, or remorse, or fear. And it will not stop, ever, until you are dead.”

It sounds like Cruz would like to use the same failed Die Hard tactic of hostage negotiation that was originally implemented during the 2011 debt ceiling talks and has spectacularly failed the party during the current government shutdown.

However, what Cruz doesn’t seem to understand is that turning the debt ceiling into Nakatomi Plaza would likely result in much harsher ramifications against the United States government and economy than the current shutdown.

The United States has never defaulted, but a recent Treasury Department report anticipates what we could expect if we were to do so: “A default would be unprecedented and has the potential to be catastrophic: credit markets could freeze, the value of the dollar could plummet, U.S. interest rates could skyrocket, the negative spillovers could reverberate around the world, and there might be a financial crisis and recession that could echo the events of 2008 or worse.”

When speaking to the Joint Economic Committee, Moody’s chief economist Mark Zandi explained if the debt ceiling is not raised the economy would fall into a “very severe recession.”

During the 2011 debt ceiling showdown the Stock market took a 17% hit, consumer confidence fell 22% and business confidence dropped 3%. Monthly payments on new mortgages increased on an average of $100. The GOP-caused crisis also cost the Government $1.3 billion in increased borrowing costs.

All of these negative consequences stemmed from just the uncertainty of raising the debt ceiling.

If the Tea Party still needs a teaser trailer for what is coming if they continue down this road, look no further than Gallup’s Economic Confidence Index. Last week the Index saw a 12-point decrease, the largest drop since Lehman Brothers filed for bankruptcy.

In May, the United States breached the debt ceiling. Since then, Treasury Secretary Jack Lew has been buying time using “extraordinary measures.” However, by October 17th the U.S. will only have $30 billion dollars to pay its bills… or make one Avatar movie. 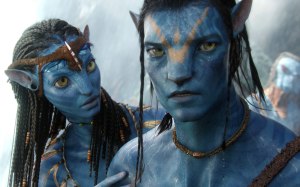 “For him (Lew) to just put out the 17th as a drop-dead date, I don’t think there’s a lot of credibility to that.” House Republican Rep. Lee Terry of Nebraska told CNN.

Lew has explained how we got to that date, it’s not as if he pulled it out of the bottom of a cereal box.

Republican Florida Rep. Ted Yoho disconnects from reality when discussing not raising the debt ceiling: “I think, personally, it would bring stability to the world markets.” Yoho’s comment earned him Business Insider’s award for the “#1 Stupidest Comment on the Debt Ceiling.” I wouldn’t expect any less from a politician endorsed by Sarah Palin. 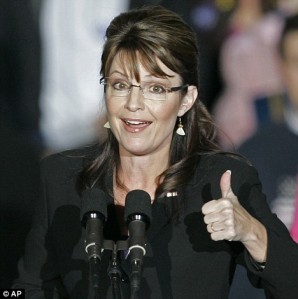 A common misconception is that raising the debt ceiling is increasing our nation’s debt, which isn’t true. The debt ceiling simply covers what Congress has already spent. You would think a Senator would understand that.

According to a recent CNN/ORC poll, 56% of Americans support raising the debt ceiling. The same poll shows that 53% of the American people would blame the GOP if the ceiling were not lifted (only 31% would blame the President).

A Quinnipiac University poll showed that 64% oppose blocking raising the debt ceiling in an effort to harm Obamacare.

Former Reagan advisor Bruce Bartlett recently spoke to MSNBC’s Chris Hayes about the Republican’s role in the current budget debate (which will likely remain the same in a potential debt ceiling showdown): “I think what we’re really seeing here is a crisis of democracy, where one party believes its principles are so correct, so strong, and the other party’s principles are so evil that we’re essentially talking about God compromising with Satan and you can’t do that and therefore they’re justified by using any means necessary to get their way, despite the fact that the majority disagrees with them. They don’t think that that matters in the slightest. The truth of their principles is the only thing that matters to them.”

In their quest to starve the beast Tea Party politicians like Ted Cruz and Rand Paul have supported policies that have hurt not just the economy but the American people directly. Just ask one of the 800,000 workers currently furloughed due to the Tea Party Republican shutdown.

“I don’t consider these guys conservatives. I think the party is going in an isolationist trend. It’s appealing to the lowest common denominator in many ways. And this whole threat of defunding the government, to me, is not conservative at all,” New York Republican Rep. Peter King told Politico.

One thing is for certain: the nation would be better off if the GOP switched from tea to coffee.