On Tuesday, Hillary Clinton became the first woman in America’s history to clinch a major party presidential nomination; a moment of which Bernie Sanders failed to recognize its historic nature when speaking to his supporters in a Santa Monica hanger later that night.

It’s impossible to know what Bernie Sanders was thinking as he watched the California returns, but I imagine “I sat through a Foster the People set for this?” has to be right up there. 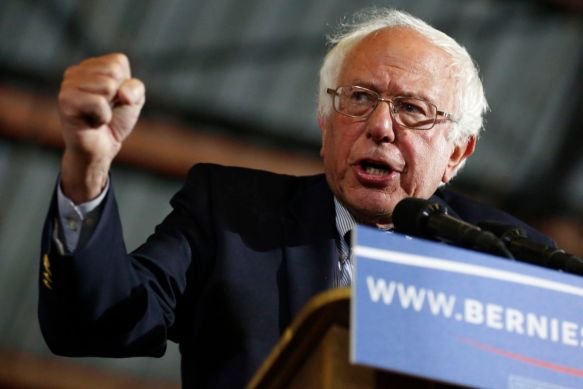 The Associated Press announced the night before 2016’s final Super Tuesday that frontrunner Hillary Clinton had secured the support of additional superdelegates, making her the Democratic Party’s presumptive nominee.

Tuesday did not get much better for the Vermont Senator. Of the six available states, Clinton took four of them.

On social media, frustrated Sanders supporters are spreading the argument that superdelegates don’t vote until July 25th and shouldn’t count in Clinton’s total. This is an absolutely ridiculous argument and would go against every primary election total we’ve had in modern times.

I understand young adults 18-20 who are new to the process saying this. However, anybody with prior election experience should know better. Seriously, you’re embarrassing yourself.

Nobody should be more embarrassed than the Sanders campaign itself, which has repeated this Mickey Mouse argument to its supporters.

Bernie’s campaign responded to the AP story in a statement:

“Secretary Clinton does not have and will not have the requisite number of pledged delegates to secure the nomination. She will be dependent on superdelegates who do not vote until July 25 and who can change their minds between now and then.”

However, Sanders had no problem endorsing Barack Obama in 2008 long before the party’s convention. By the way, that winning number which clinched Obama the nomination included superdelegates.

The July 25th deadline is simply to buy time for Sanders to overturn enough of Clinton’s superdelegate support to earn the nomination, overriding the popular vote of the people in the process. How many has Sanders already flipped? Zero.

In a previous entry, I discussed how Sander’s last ditch effort is as futile as resisting the Borg.

As someone who has appreciated Sander’s voice in the Senate prior to running (even writing a piece defending the 2014 veterans’ bill he sponsored), I’m not impressed with how disingenuous the Senator has become in recent months.

According to the Los Feliz Ledger, the Sanders campaign could not meet the Greek’s requirements to hold their rally; including “traffic mitigations” and insuring the rally would be a ticketed event.

“We did offer a few solutions,” Estevan Montemayor, spokesman for Councilman David Ryu told the Ledger, “but ultimately they decided to move the event to the Coliseum.”

In an e-mail sent to supporters, the Sanders campaign re-framed the situation:

“…interference from a local Los Angeles city council-member forced us to move from this iconic venue, even though Secretary Clinton has scheduled an identical event for two days later – an event to which no objection has been raised.”

They really took an artistic license on that one.

No objection has been raised, because the Clinton campaign followed the venue’s requirements. 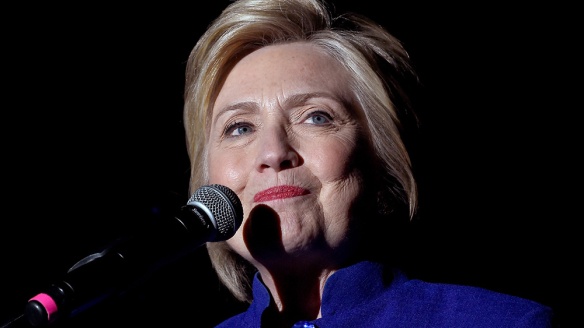 When Democratic state chairwoman Roberta Lange confirmed a majority of Clinton delegates were in attendance at last month’s Nevada state convention, a faction of Sanders supporters reacted as if Tila Tequila took the stage at the Gathering of the Juggalos.

Sanders campaign manager Jeff Weaver referred to the convention as having been “hijacked” by party leaders.

Sanders released a statement days later, claiming the supporters were unfairly treated by the state leadership and that 58 Sanders delegates went unheard (failing to mention that 50 of those delegates didn’t even bother showing up to register as Democrats).

Politifact concluded there was no wrongdoing by the Nevada Democratic State Party. However, the Sanders campaign’s response gave validity to the supporters who believe the election is rigged.

Prior to Nevada, Sanders would refer to Clinton as essentially a shill for big oil due to contributions she accepted.

What Sanders intentionally omits is that these were funds from individuals or immediate family members who worked for those corporations. It’s a violation of federal campaign finance laws for either candidate to accept contributions from an industry.

By the way, Sanders accepted the same types of contributions for which he chastised Clinton.

Trust me, you’re better off here.

Although he didn’t win the nomination, Sanders has filled five of fifteen slots of the Democratic platform drafting committee and he will continue to be a strong voice in the Senate.

All of which President Clinton will advocate and protect. President Trump will not.

Voting third party in reaction to the Democratic primary outcome in an election of this magnitude is like hammering a nail into your kneecap: you’re just hurting yourself in the end.

If you want a name brand, go to Target. If you want to protect the progress of Barack Obama and continue moving the country forward… vote Democratic in November.