“Although it’s still early in the investigation, we know enough to say that this was an act of terror and an act of hate,” President Obama told the country in his first remarks on this morning’s Orlando, Florida shooting.

At 2:02 AM on Sunday, a gunman opened fire in Pulse, a Florida gay nightclub, resulting in the deadliest mass shooting in American history.

Identified as 29 year-old Omar Mateen, the shooter carried out what is believed to be a premeditated attack on the venue’s busiest night of the week. Mateen was killed during a shootout with police three hours after the massacre began.

According to The New York Times, 1 in every 3 people at the club were killed or injured. As of this writing, 49 people were murdered inside Pulse nightclub; 53 were injured.

You can find a list of those who lost their lives as they are released at this location.

The shooter called 911 during the slaughter to pledge his allegiance to the terror group, ISIS. Although there had been two prior FBI investigations into Mateen allegedly being an ISIS sympathizer, there is currently no direct link between him and the organization; leading many to believe Mateen was a lone wolf attacker.

“This has nothing to do with religion,” Mateen told the press.

New York Times correspondent Rukmini Callimachi broke down the process of ISIS-inspired Lone Wolf attacks and how the terror network takes credit in a series of tweets:

“As early as 2014, ISIS explained that *anyone* could carry out an act of terror in their name. “Do not ask for permission,” Adnani said.”

“They later codified this, and advised that their supporters should pledge allegiance in a public forum, before carrying out the attack.”

“Idea is simple: ISIS floods the internet with their gory propaganda hoping to incite anyone inc [sic] the mentally unwell, then claims credit.”

Or in this case, an extreme homophobe with easy access to firearms capable of mass casualties.

Callimachi was quick to respond to news of ISIS’ official news wire taking credit for the attack, commenting that it appeared the shooter was a lone wolf and the group had been “awaiting confirmation of ISIS pledge.”

Multiple Muslim organizations, including CAIR and the Islamic Society of Central Florida, were quick to condemn the attack. 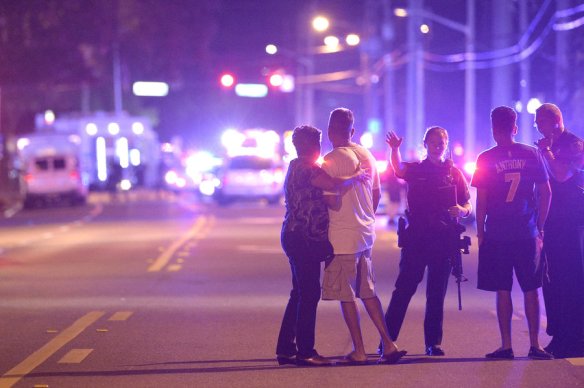 Although some may attempt to blame the Muslim faith for Mateen’s actions, they’ll have a tougher time doing that with a suspect arrested on the West Coast in a separate, but potentially similar case.

In the aftermath of the Florida shooting, news came out of southern California that Santa Monica police arrested a 20 year-old Indiana man identified as James Howell, who may have been planning to attack the West Hollywood L.A. Pride Festival today.

I’ve read the multiple posts of misinformation on social media using the Florida tragedy to attack immigrants, gun-free zones and calls to protect the Second Amendment (of which still nobody has called for its abolishment).

“What has happened in Orlando is just the beginning. Our leadership is weak and ineffective. I called it and asked for the ban. Must be tough”

Contrary to what your Tea Party-loving cousin is posting on Facebook, the Pulse Nightclub appears to have been selected as a target because it’s the city’s biggest gay nightclub… not because it was a gun-free zone.

As discussed in a Drinks and Wings June 2015 entry, mass shooters do not choose locations based on whether or not they are “gun-free zones.”

I’ve also seen people almost too eager to point out that the guns didn’t kill anyone, the individual did. I’ll tell you what: if you can show me where one man entered a club with a spoon/hammer/knife/My Little Pony and proceeded to murder 49 people and injure 53, you’ll have a valid point. 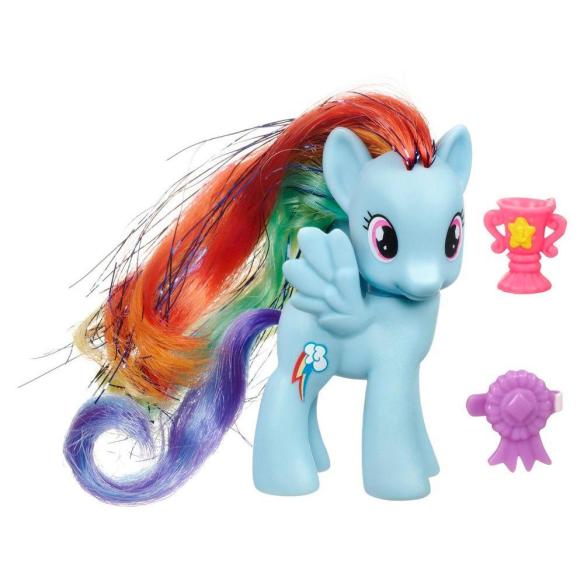 We can do much more than simply posting the now obligatory “thoughts and prayers” comments when faced with the latest shooting tragedy. We can vote for change.

We are months away from entering a general election with two presidential candidates with extremely different views on not just firearm regulations, but LGBTQ equality.

Trump has told the press he would nominate justices for Supreme Court vacancies who would overturn Obergefell v. Hodges, the landmark 2015 case that recognized same-sex marriage.

Later this month, Trump will be meeting with Tony Perkins (Family Research Council) and James Dobsom (Focus on the Family), two leaders in the anti-gay movement.

In contrast, Hillary Clinton has vowed to work with Congress to pass the Equality Act, offering federal protections to members of the LGBTQ community. Clinton also promises to upgrade service records for individuals who served in the military and were dismissed due to their sexual orientation.

While Donald Trump has recently won the endorsement of the NRA, Clinton supports re-instating the 1994 assault weapons ban (the AR-15 Mateen used in Sunday’s slaughter and also used in San Bernardino, Aurora and Sandy Hook would fall under the ban).

The 1994 assault weapons ban also included a ban on high-capacity magazines, which I strongly support.

In a December 2015 entry, I discussed multiple shooting tragedies where survivors were able to escape while the gunman was reloading, and in some cases, they were able to jump the gunman and end the rampage.

Just as important this election year is the support of down-ballot candidates. In 2013, Senate Republicans blocked expanded background checks for gun sales. After the San Bernardino, California terror attack, the same bi-partisan proposed legislation was rejected again. On the same day, Republicans also blocked legislation from Senator Dianne Feinstein, which would have prohibited individuals on the terror watch list from purchasing a firearm.

“This massacre is therefore a further reminder of how easy it is for someone to get their hands on a weapon that lets them shoot people in a school or in a house of worship, or a movie theatre, or in a nightclub. And we have to decide it that’s the kind of country we want to be. And to actively do nothing is a decision as well,” President Obama said in response to the Orlando  shooting.

Since the 2012 Newtown massacre, our Congress has failed to pass any legislation in response to gun violence.