On Thursday, the Association of American Physicians and Surgeons became a trending topic on social media due to an online poll the organization conducted concerning Hillary Clinton’s health.

71% of 250 physicians found Clinton’s current condition to be potentially “disqualifying for the position of President,” according to the poll’s results. Wait, who the fuck is this group?

Created in 1943 as a conservative counter to the American Medical Association, the AAPS is essentially the comments section of Alex Jones’ InfoWars with medical degrees. 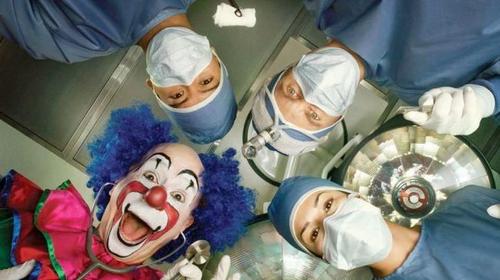 In 2003, the AAPS published a study as evidence of a link between autism and vaccines… a theory which has been debunked by the Centers for Disease Control and fact-checking sites like Politfact.

“I have heard of many tragic cases of walking, talking normal children who wound up with profound mental disorders after vaccines,” Kentucky Senator Rand Paul infamously told CNBC last year. It’s no surprise the former GOP presidential candidate is also a member of the AAPS.

The day after his ridiculous comment, Paul backpedaled his original claim while getting a booster shot.

Last December, the AAPS spoke out against hospitals requiring physicians to take the annual flu shot. The organization recommended physicians refuse the shot on religious grounds and even provided an exemption letter template on their official site. It even included quotes from the New Testament.

The AAPS’ love for vaccines is Jenny McCarthy-level.

The AAPS is also an anti-abortion organization, using such fear mongering talking points as abortion increases a woman’s risk for breast cancer.

According to the Committee on Gynecologic Practice of the American College of Obstetricians: “more rigorous recent studies demonstrate no casual relationship between induced abortion and a subsequent increase in breast cancer risk.”

It gets worse, my friends.

In 2007, the AAPS published a paper disputing the link between HIV and AIDS.

Like all of the above examples, this latest poll against Clinton is simply bullshit.

Although Clinton’s doctor has given her an excellent bill of health, it hasn’t prevented conservative sites and even the GOP nominee himself from stating otherwise.

What is incredibly frustrating is to watch as groups claiming to be progressive parrot this alt-right bullshit.

Facebook group Bernie Or Bust The DNC was one of many to link to the AAPS poll.

I’ve never seen one group of people so eager to destroy their own agenda.

Without a Clinton victory in November, you will lose criminal justice reform, the Iran deal, the Paris Climate Agreement and the Supreme Court.

The reality is, a write-in for Bernie or a third party vote enables a Trump presidency. When you spread debunked conspiracy theories on Clinton’s health, or share pieces like the latest AASP poll, you might as well be canvassing for Trump.