During a Friday night LGBT for Hillary fundraiser, Democratic presidential candidate Hillary Clinton referred to half of Donald Trump’s supporters as a “basket of deplorables.” Specifically, Clinton cited the “racist, sexist, homophobic, xenophobic, Islamaphobic” faction of the electorate.

“I campaign on a regular basis with Donald Trump… Hillary Clinton’s low opinion of the people that support this campaign should be denounced in the strongest possible terms,” Pence told the summit audience on Saturday.

Pence is pulling the same bullshit maneuver every surrogate is currently attempting: attaching Clinton’s “deplorable” comment to the general public.

“I’ve seen on-air, white supremacists being interviewed because they are Trump delegates. And they do a five-minute segment, the first minute or so talking about what they believe as white supremacists. So you have normalized that.”

Here’s a refresher course on the type of supporters Clinton is referencing:

When Mike Pence describes this Indiana Jones-worthy rogues’ gallery as “Americans and they deserve your respect,” he’s accepting white supremacy.

Of course, we can’t forget the Family Research Council’s (primary sponsor and host of the Values Voter Summit) Tony Perkins.

“We must not allow America’s moral and political genetic code to be reengineered by liberal politicians or unaccountable judges who ignore the Constitution. We must draw the line and take America back,” Perkins said on Friday.

To say Perkins took last year’s Supreme Court decision legalizing same-sex marriage hard would be an understatement. Just weeks after the decision, Perkins told a caller on his radio show:

“It’s hard for us to ask God to bless America when we have blatantly rejected what God has said a nation should do. So every time I hear that, ‘God bless America,’ I’m thinking, America is not in a posture for God to bless it.”

I’m sure this guy is a blast at Fourth of July cookouts.

The Family Research Council is a notoriously anti-gay hate group. Perkins is not only the council’s president, but also a Louisiana Republican delegate.

In July, Perkins advocated for the party platform to include an endorsement of the barbaric practice of conversion therapy. Although the final document doesn’t specifically mention conversion therapy, the committee passed an amendment supporting parents determining the “medical treatment and therapy for their minor children.”

RNC chair Reince Priebus pitched his party’s outdated platform on Friday as if he were a used car salesman:

“If you liked the 2012 platform, which people thought was one of the most conservative platforms we’ve ever had, you’re going to really like the 2016 platform.”

Does it have a USB port?

This is the same platform Log Cabin Republicans President Gregory T. Angelo referred to as “the most anti-LGBT Platform in the Party’s 162-year history.”

There’s always room for a little xenophobia at the Values Voter Summit, and Donald Trump provided just that.

Appearing at the summit on Friday (prior to Clinton’s NY fundraiser appearance later that night), Trump referred to the Syrian refugee crisis as possibly the “all-time great Trojan Horse.”

The nearly two-year process for a Syrian applicant to achieve refugee status has been well documented. Since 9/11, not a single Syrian refugee has been arrested or deported from the United States for terrorism.

Pandering to his audience of evangelicals, Trump said of the refugee crisis:

“…it’s almost impossible to get a Christian in from Syria. They take others, but they don’t take Christians – very, very, very rare.”

That’s because Christians make up only 10% of the region, not because they’re being rejected based on faith as Trump implies.

Trump would respond to Clinton’s comments in a series of tweets on Saturday, including one which read:

“Hillary Clinton just had her 47% moment. What a terrible thing she said about so many great Americans!”

I wouldn’t consider David Duke among a list of “great Americans.” 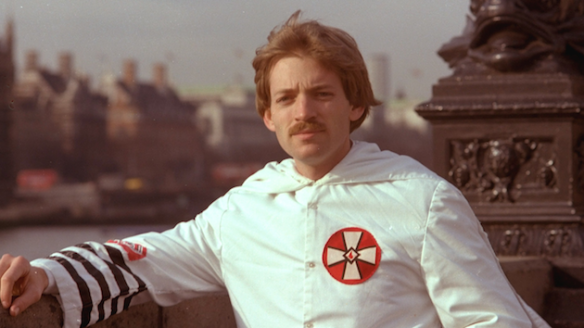 Romney attacked the nation’s lower income earners as being entitled, while Clinton is calling out Trump for giving bigots a national platform for their message to be heard. Unlike Romney, she’s right.

One thing you likely won’t hear Trump or his surrogates discuss is the other basket of Trump supporters Clinton described: