How bad have the last two weeks been for the Trump administration? Even if zero evidence of collusion is found between Donald Trump and Russia regarding the 2016 election, he could still find himself between a rock and a hard place. Or as one senior official told The Daily Beast: “I don’t see how Trump isn’t completely fucked.”

MAY 9th:
Shock waves ripple through the country as Trump fires FBI Director James Comey. The White House statement explains President Trump’s reasoning for firing Director Comey was based on the recommendation of a memorandum written by Deputy Attorney General Rod Rosenstein.

The Rosenstein memo cites Director Comey’s unfair treatment of Clinton during the Bureau’s investigation into her e-mails. Nearly every action of Comey’s which Rosenstein criticized, Trump praised on the campaign trail.

In the termination letter itself, Trump makes a bizarre statement claiming Director Comey told him on “three separate occasions” he was not under investigation. This statement has been disputed by multiple associates of Comey’s.

MAY 10th:
During a visit to the Capitol, Vice President Mike Pence iterates to reporters that Comey was fired based on the the Deputy AG’s memo:

“Let me be very clear that the President’s decision to accept the recommendation of the Deputy Attorney General and the Attorney General to remove Director Comey as the head of the FBI was based solely and exclusively on his commitment to the best interests of the American people and to ensuring that the FBI has the trust and confidence of the people this nation.”

According to a story published in The Washington Post on the same day, Trump had already decided to fire Comey before Rosenstein’s memo was even written.

Upset with the Russia investigation and what he perceived to be a lack of work on the government leaks, Trump ordered Rosenstein and Attorney General Jeff Sessions to write out a reason for Comey’s termination. Jeff Sessions had previously publicly recused himself from anything having to do with the Russia investigation (which would explain the Clinton angle in the memo), due to meetings with Russian ambassador Sergey Kislyak (considered a spy by the intel community). Speaking of which…

President Trump met with Kislyak and Russian foreign minister Sergei Lavrov in the Oval Office. The White House prohibited the American media from covering the meeting, but the Russian state-run media were allowed in. As of this writing, the official White House statement has not been updated to mention Kislyak attended the meeting.

The revelations of the discussions held between Trump and the Russians would be massive bombshells in the days to follow.

MAY 11th:
Trump sits down with NBC’s Lester Holt for an interview in which Trump clearly did not run his answers by anyone in the administration prior.

The President admits to asking Director Comey if he was under investigation multiple times (once over dinner, twice by phone).

Trump essentially verifies the WaPo story when he tells Holt he decided to fire Comey before reading Rosenstein’s memorandum, completely contradicting the May 9th White House statement and his own Vice President.

“And in fact when I decided to just do it, I said to myself, I said ‘you know, this Russia thing with Trump and Russia is a made-up story, it’s an excuse by the Democrats for having lost an election that they should have won’.”

MAY 12th:
Outside of a May 10th farewell letter to the F.B.I., Comey has remained silent since his termination. This did not prevent President Trump from threatening the former director via Twitter:

James Comey better hope that there are no "tapes" of our conversations before he starts leaking to the press!

Could this guy not find a stallion’s head?  I imagine Stephen Miller curates a private library of assorted animal heads in his free time.

A source close to Comey told NBC News, “He hopes there are tapes. That would be perfect.”

MAY 15th:
The Washington Post reports President Trump revealed classified intel to the Russians during their May 10th Oval Office meeting.

I guess they weren’t discussing why Rocky IV is the greatest boxing film after all.

The disclosed information relates to ISIS and the active plot to detonate laptop computers on airplanes. Trump’s carelessness puts the source of the information at risk and increases the concern that allied countries will become hesitant to share information with the U.S. in the future. 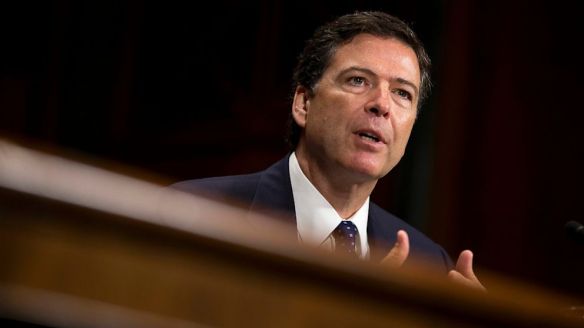 Comey claims the President asked him to shut down the investigation into former national security advisor, Michael Flynn. According to Comey, Trump said:

“I hope you can see your way clear to letting this go, to letting Flynn go.”

The existence of the memo was quickly confirmed by multiple sources, as was this specific quote.

MAY 17th:
The New York Times reports Flynn told the Trump White House transition team on January 4th he was under federal investigation for working as a paid lobbyist for Turkey during the 2016 campaign.

News broke in March Flynn would have to register as a foreign agent due to his lobbying deal with Turkey.

On March 9th, VP Pence told Fox News “hearing that story today was the first I heard of it.”

Well, that’s bullshit. On November 18th, Ranking member on the House Oversight Committee Elijah Cummings sent a letter to Pence alerting him to Flynn’s dealings with Turkey as a possible conflict of interest.

Pence responded to the latest NYT report by maintaining his stance in his March Fox News interview.

In response, the White House released a measured statement in which Trump reiterated there was “no collusion between my campaign and any foreign entity.” The President added, he looks “forward to the matter concluding quickly.”

Worth noting, AG Sessions nor President Trump were not notified until after Mueller had signed the order appointing him as special council.

This is the single greatest witch hunt of a politician in American history!

It’s not even the “greatest witch hunt” of the last two years. Hillary Clinton was grilled for 11 hours by the House Select Committee on Benghazi in October 2015. The committee disbanded in December 2016, finding no fault with Clinton.

During a lunch with television news anchors, Trump contradicted his own White House statement on the special council:

“I believe it hurts our country terribly, because it shows we’re a divided, mixed-up, not-united country.”

Trump’s consistent undercutting of his own communications team is why the White House has a credibility problem.

Before the day ended, things would get even worse for Donald Trump.

Speaking in a closed-door briefing with the U.S. Senate, Deputy AG Rosenstein revealed he knew Trump had already decided to fire Comey before he wrote the memo. This is the same memo the administration originally claimed was the basis for the firing.

MAY 19th:
In addition to sharing classified intel, The New York Times reports Trump disparaged our nation’s former FBI Director to the Russians in the same May 10th meeting:

President Trump goes on to explain his action to the Russians and it’s not because of a memorandum:

“I face great pressure because of Russia. That’s taken off.” 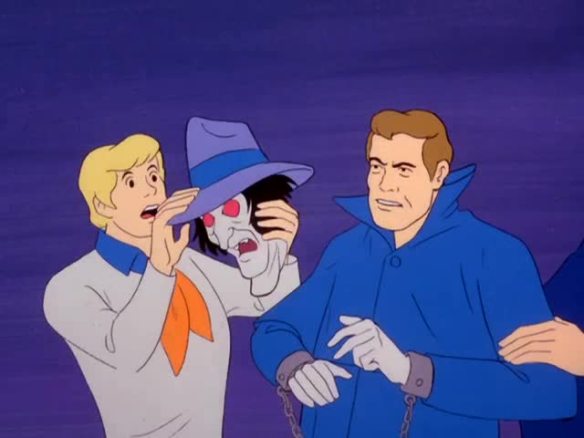 As Trump continues to build an obstruction of justice case against himself, former Director Comey agreed to testify before the Senate Intelligence Committee. This would not be the last of Friday’s breaking news.

Reuters would be the first to report the White House is reviewing the Code of Federal Regulations in an effort to undermine the special council investigation.

This isn’t the action of an innocent man.

Under the code, recently hired government lawyers can’t investigate their prior law firm’s clients for up to two years after their hiring.

It used to be just one year, but Donald Trump conveniently signed an executive order extending it to two years in January.

Paul Manafort and Jared Kushner are both clients of Mueller’s former firm, WilmerHale.

The DOJ can grant a waiver for the ethics rule, but the President can still order the Deputy AG (Rosenstein) to fire the special council. If Rosenstein were to refuse, Trump can fire him as well.

Trump’s worsening situation isn’t due to the mainstream media, the Democratic Party or a federal investigation. It’s driven by his own incompetence, self-destructive behavior, and inability to remember what lies he’s already told.

Trump is currently on his first overseas trip as POTUS and doesn’t return to the states until after May 27th.  I’m buckling up now.

UPDATE 5/22/17:
The Washington Post is reporting President Trump asked NSA Director, Michael Rogers, and Director of Intelligence, Daniel Coats, to publicly deny any evidence existed of collusion between himself and Russia.  The request was made after Comey’s March 20th testimony before the House Intelligence Committee.