A weekend of violence rocked Charlottesville, Virginia as multiple white supremacist groups converged on the college town to protest the removal of a statue of Confederate General Robert E. Lee.

The ensuing chaos resulted in three deaths and multiple assaults. However, the largest scar on our nation would come from what our President refused to say. 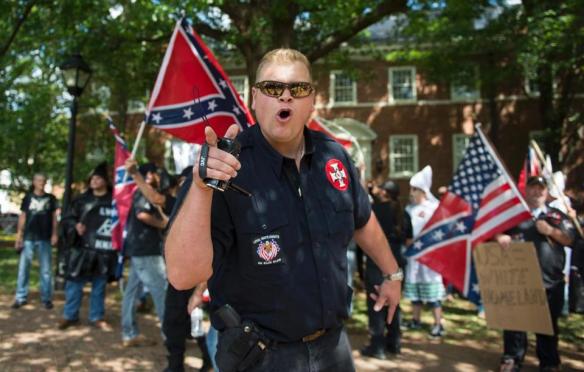 Nazis, the KKK and other various white power groups formed a Voltron of hate as they marched on the University of Virginia campus Friday night. Carrying tiki torches out of a Pier One catalogue, the group chanted “White lives matter,” “You will not replace us” and the Nazi classic “Blood and soil.”

Reno resident and self-proclaimed white nationalist Pete Cvjetanovic became one of the more recognizable faces among the crowd of torch bearers. 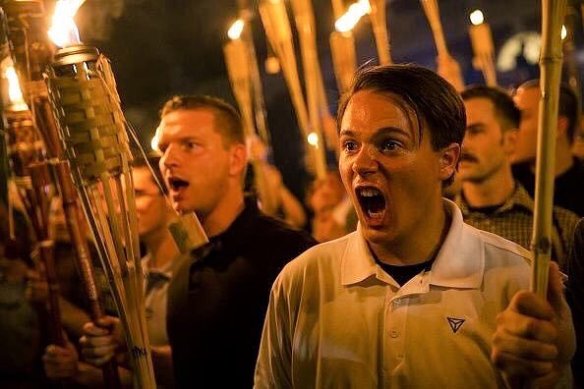 “I do believe that the replacement of the statue will be the slow replacement of white heritage within the United States and people who fought and defended and built their homeland. Robert E. Lee is a great example of that. He wasn’t a perfect man, but I want to honor and respect what he stood for during his time.”

Lee and the soldiers of the confederacy committed treason against the U.S. and literally fought for the right to hold human beings as property. Good luck convincing people of color why their tax dollars should go to maintaining such a statue rather than additional funding for school programs or infrastructure. That was Friday night. 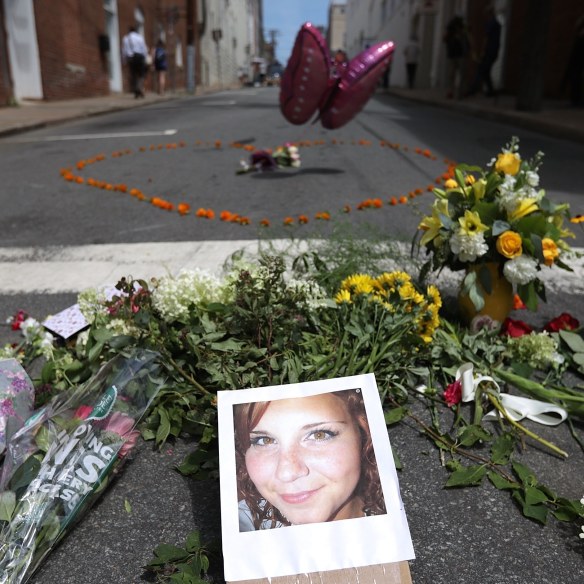 Many will remember Trump also went silent in the aftermath of the stabbing death of two men by a white supremacist in Portland, Oregon last May.

Finally, we got… this:

We ALL must be united & condemn all that hate stands for. There is no place for this kind of violence in America. Lets come together as one!

Trump’s vague tweet did little to address the concerns of a nation watching as an American town, in 2017, became inundated with Nazi imagery in the form of flags, salutes, chants and fucking awful haircuts. In fact, Trump’s lack of condemnation of white supremacy benefited every white supremacist and Nazi in Charlottesville.

President of the (racist as fuck) National Policy Institute and white supremacist, Richard Spencer, tweeted to his followers that Trump’s tweet did not apply to them. Trump was denouncing Antifa, an anti-fascist group; not white supremacists.

Am in Bedminster for meetings & press conference on V.A. & all that we have done, and are doing, to make it better-but Charlottesville sad!

“We’re closely following the terrible events unfolding in Charlottesville, Virginia. We condemn in the strongest possible terms this egregious display of hatred, bigotry and violence, on many sides. On many sides.”

Many sides? I don’t understand how you can equate the counter-protesters against hate to Nazis. Speaking of which, notice anything missing?

A staple of Trump’s campaign was the importance of calling radical Islamic terror by its name. Apparently that doesn’t apply to white supremacy or Nazism.

Trump’s underwhelming statement was quickly condemned by Congressional Republicans and Democrats. Although, I don’t know how much weight GOP criticism carries when Trump made numerous racist statements during the campaign and they STILL supported him. 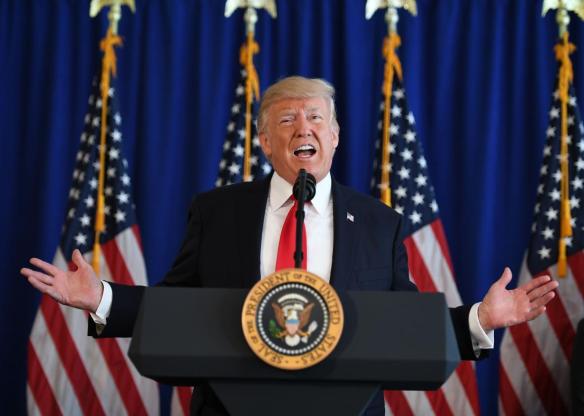 However, Trump’s “many sides” speech was celebrated by one group… white supremacists.

White supremacist website The Daily Stormer responded to its followers:

“Trump comments were good. He didn’t attack us. He just said the nation should come together. Nothing specific against us.”

“Also refused to answer a question about White Nationalists supporting him. No condemnation at all.”

This is why the President’s words matter.

Why has Trump avoided condemning white supremacy multiple times during multiple attacks? According to strategist Steve Bannon in Joshua Green’s excellent book, “Devil’s Bargain,” it doesn’t impact the base: “We polled the race stuff and it doesn’t matter.”

This is also why Trump continued to push the racist birther conspiracy theory against former President Obama (which is how Trump built his political brand).

“We are going to fulfill the promises of Donald Trump. That’s what we believed in. That’s why we voted for Donald Trump,” former Imperial Wizard of the KKK David Duke told the media from Charlottesville on Saturday. Duke also endorsed Trump during the 2016 campaign… as did the Imperial Wizard of the Rebel Brigade Knights of the KKK, White Lives Matter and the American Nazi Party chair.

These groups are a part of Trump’s base.

As Trump’s approval ratings have dipped toward the mid-30s, he’s been throwing more chum to these guys than Chief Brody trying to catch Jaws.

In the weeks leading up to the Charlottesville rally, the Trump administration:

On Wednesday, Bond villain and Deputy Assistant to the President Sebastian Gorka downplayed violence carried out by lone wolf white supremacists during an appearance on the Breitbart News Daily radio show:

“It’s this constant, ‘Oh, it’s the white man. It’s the white supremacists. That’s the problem.’ No, it isn’t…”

What an incredibly absurd statement, especially when you consider Americans are more likely to be killed on domestic soil by a terror attack carried out by a white supremacist than one by a jihadist.

Nearly 24 hours later (and after much backlash), the White House finally condemned “white supremacists, KKK Neo-Nazi and all extremist groups.” Unfortunately, it was an unsigned statement to the reporter pool.

It’s also worth remembering: Trump tweeted in May “it is not possible” for his surrogates to represent him with “perfect accuracy.” Like everything else in this presidency, this is not normal.

When NBC News contributor and author Gabe Sherman asked a senior White House official why the President didn’t condemn the Nazis (prior to Sunday morning’s statement), the official responded the “leftist mob” was “just as violent if not more so.” Really? Because it was a NAZI SUPPORTER THAT KILLED A WOMAN WITH A CAR.

Another rally is already planned for August 19th in Boston. Next weekend, will Trump bring the hammer down on the white supremacist movement as he has on Mitch McConnell and sharks? Most likely not. 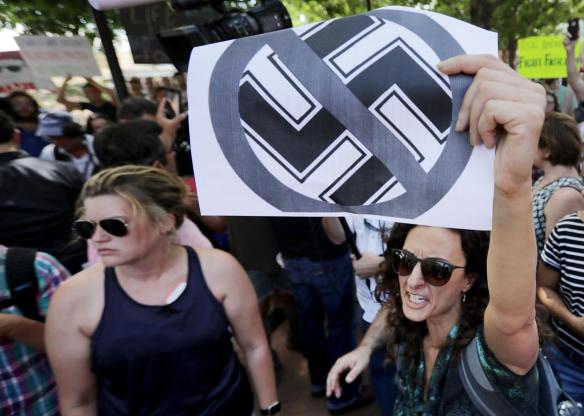 We no longer live in a nation where our elected leader will instantly condemn Nazism when faced with images of swastikas and salutes on our streets. The American people have lost the luxury of sitting on the sidelines.

What you can do in the wake of Charlottesville:

August 12, 2017 is the day in which history will define Donald Trump not as a leader, but as the spineless coward he is.

Here is a link to the verified GoFundMe account to support the family of Heather Heyer.