It was only a matter of time before they set their sights on the movement itself, using the same tactic. 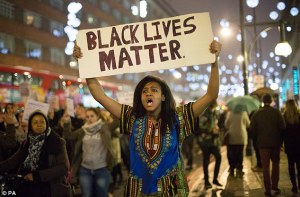