My beautiful home state of Iowa has an incredible history of supporting and paving the way for equality. Iowa was third to recognize interracial marriage, home to the first state university to offer degrees to men and women equally, second state to prohibit segregated schools, first state to elect a woman (Julia C. Addington) to public office, first state to have a female attorney (Arabella Mansfield), site of the oldest mosque in the United States (Cedar Rapids, holla!), third state to legalize same-sex marriage and home to the nation’s first state university LGBT organization (Iowa City, holla!).

And Donald Trump, whom the New York Times recently described as “the worst nominee put forward by a major party in modern American history,” is currently projected to win it in November. 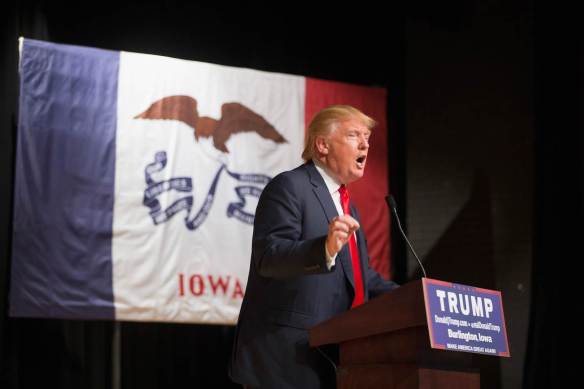 END_OF_DOCUMENT_TOKEN_TO_BE_REPLACED

During a Friday night LGBT for Hillary fundraiser, Democratic presidential candidate Hillary Clinton referred to half of Donald Trump’s supporters as a “basket of deplorables.” Specifically, Clinton cited the “racist, sexist, homophobic, xenophobic, Islamaphobic” faction of the electorate.

END_OF_DOCUMENT_TOKEN_TO_BE_REPLACED

On Thursday, the Association of American Physicians and Surgeons became a trending topic on social media due to an online poll the organization conducted concerning Hillary Clinton’s health.

71% of 250 physicians found Clinton’s current condition to be potentially “disqualifying for the position of President,” according to the poll’s results. Wait, who the fuck is this group?

Created in 1943 as a conservative counter to the American Medical Association, the AAPS is essentially the comments section of Alex Jones’ InfoWars with medical degrees.