Following the results of last November’s election, the GOP now has control of both the legislature and the governorship in 25 states. By comparison, the Democrats have the same level of control in only 6 states. The Iowa Senate was one of two state senates the GOP gained on election night, giving the party full control of my home state.

As the Iowa Senate passed a voter ID bill last Thursday, Governor Terry Branstad signed into law the largest pro-gun bill in the state’s history. This brings Des Moines one step closer to becoming the next location from where Snake Plisskin must escape.

END_OF_DOCUMENT_TOKEN_TO_BE_REPLACED

Governor Nikki Haley’s GOP response to this year’s State of the Union was a reminder hers is the party of “personal responsibility.” This is a mantra that has felt at times abandoned by its representatives; seemingly replaced with “Thanks, Obama.”

There was no mention of bread bags or desperately drinking from a water bottle as if she were a rescued castaway off “Gilligan’s Island.” This was the best GOP response in years. 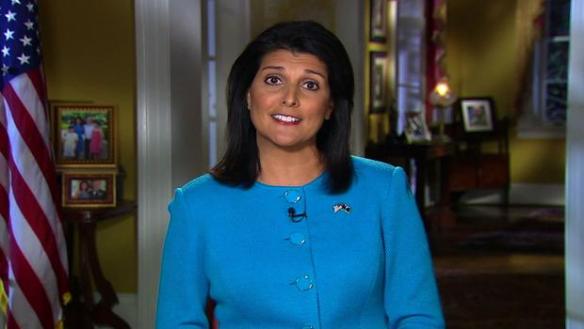 END_OF_DOCUMENT_TOKEN_TO_BE_REPLACED

Republican National Committee Chairman Reince Priebus referred to last week’s CNBC debate as “a series of ‘gotcha’ questions, petty and meanspirited in tone, and designed to embarrass our candidates,” in a letter to Chairman of NBC News, Andrew Lack.

The RNC criticism against CNBC distracts from the real issue: the questions weren’t the problem, the answers were. 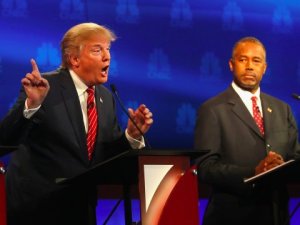 END_OF_DOCUMENT_TOKEN_TO_BE_REPLACED

Donald Trump’s questioning of Sen. John McCain’s status as a war hero was the foremost comment to reach the national media from last weekend’s Family Leadership Summit, which is unfortunate. A listen of the other attending GOP presidential candidates’ speeches quickly revealed policies and world views so outdated they should be displayed next to the dilophosaurus pen in Jurassic Park. 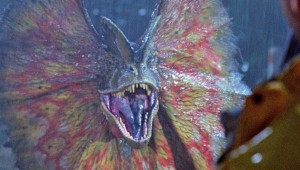 END_OF_DOCUMENT_TOKEN_TO_BE_REPLACED

Nobody is more grateful for last week to come to a close than inevitable 2016 GOP presidential candidate Jeb Bush.

It all began last Monday when the former Florida governor answered his first question about the Iraq war. A question he would answer more times than it takes to summon Beetlejuice before he got it right. 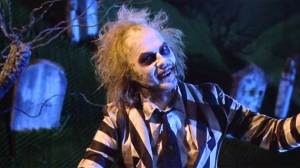 END_OF_DOCUMENT_TOKEN_TO_BE_REPLACED

On Thursday, President Obama announced a Joint Comprehensive Plan of Action (JCPOA) framework had been agreed upon in preventing Iran from acquiring a nuclear weapon. The President anticipated the inevitable critics, listing the three possible choices the U.S. could now make. 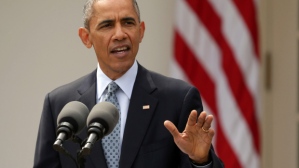 END_OF_DOCUMENT_TOKEN_TO_BE_REPLACED

Jeb Bush recently found himself in hot water like a crustacean at Red Lobster for saying former president Ronald Reagan would have a tough time being accepted by today’s Republican Party.

Bush took criticism from his own party for his comments, but he brought up an interesting point… that was dead on.